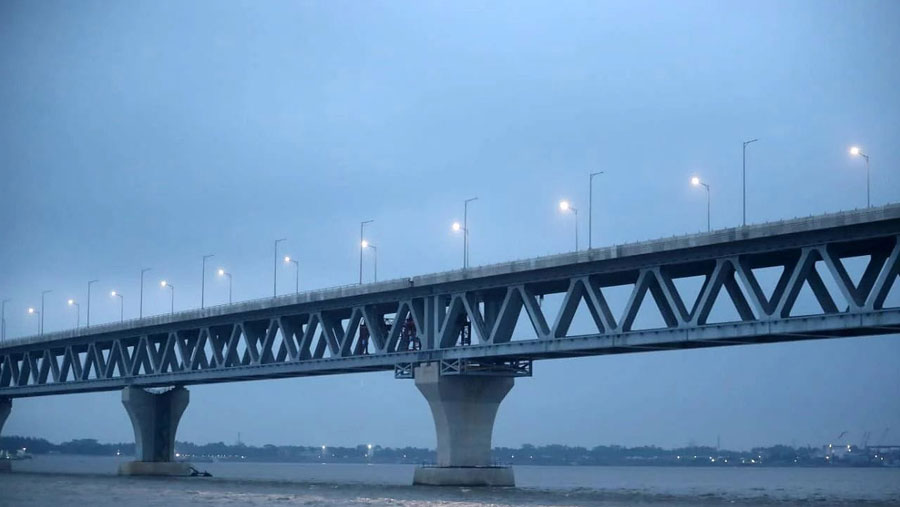 Padma Bridge will be open for vehicular movement from 6 a.m. Sunday (Jun 26).

Prime Minister Sheikh Hasina unveiled the plaque of the 6.15 kilometre Padma Bridge at 12 noon at Mawa end in Munsiganj at a colourful ceremony where thousands of distinguished guests, including foreign diplomats, were present.

The premier paid toll as the first traveller and enjoyed an aerial show staged by the Bangladesh Air Force turning the skyline above the Padma Bridge into a virtual rainbow at the midpoint of the bridge.

Later, the enthusiastic people gathered at the bridge site were allowed to walk along the bridge of their long-cherished dream for the first as well as the last time, since the structure is prohibited for the walking people beyond the viaduct point due to security reasons.

The state-owned Bangladesh Road Transport Corporation (BRTC) will launch buses on 23 routes, including two old ones, in the southwest via the Padma Bridge from Sunday.

"Initially, we will operate 65 buses while most of them are air-conditioned," BRTC Chairman told National News Agency of Bangladesh.

At present, BRTC only operates buses on Khulna and Jashore routes, he said.

Besides, different private transport companies are also set to launch AC and non-AC buses on the routes from Sunday.