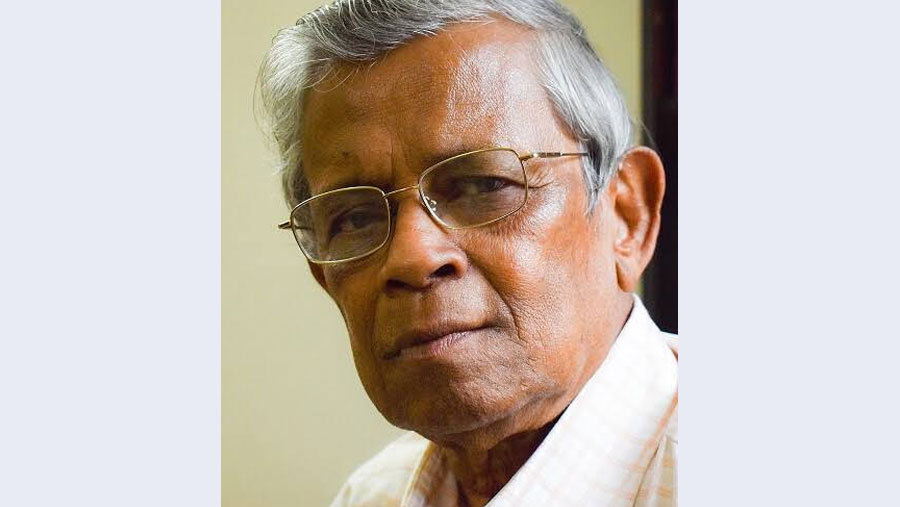 Eminent diplomat, former ambassador and valiant freedom fighter Mohiuddin Ahmed, who bolstered efforts to build international support for Bangladesh in London in 1971 Liberation War, died of liver cirrhosis at his Uttara residence in the capital on Monday (Jun 20).

Mohiuddin Ahmed breathed his last at 6.40 p.m. on Monday at his Uttara residence. He collapsed in his residence. He was suffering from liver cirrhosis and other complications, Mohiuddin's younger brother Dr Zahiruddin Ahmed told National News Agency of Bangladesh.

Zahiruddin said Mohiuddin was rushed to an Uttara hospital today as he collapsed following his vomiting and chest pain. On-duty doctors told family member he died before he was taken to the hospital, he added.

Mohiuddin was 82. He is survived by his wife and two daughters.

On Jun 5, he was admitted to Bangabandhu Sheikh Mujib Medical University (BSMMU) Hospital and was released from the hospital two days ago, Zahiruddin said.

Earlier, Mohiuddin was also suffering from cancer and underwent chemotherapies.

As per his wish, the valiant freedom fighter will be laid to eternal rest at his family graveyard at Fulgazi upazila in Feni after Asr prayers on Tuesday.

Foreign Minister Dr AK Abdul Momen expressed deep shock and sorrow at the death of Ahmed. In a message of condolence, he said Ahmed was a true patriot and courageous diplomat.

Recalling his good-term with Ahmed for a long time, the minister said the diplomat was a brave freedom fighter and his contributions to the Liberation War will always be remembered.

In a rally arranged in favour of Bangladesh Liberation War at Trafalgar Square in London in 1971, Mohiuddin Ahmed had made his bold announcement of leaving Pakistan's side despite being a government employee.

Mohiuddin was first Bangladesh diplomat in Europe who had left Pakistan's side, he mentioned.

His death is an irreparable loss to the country, he said.