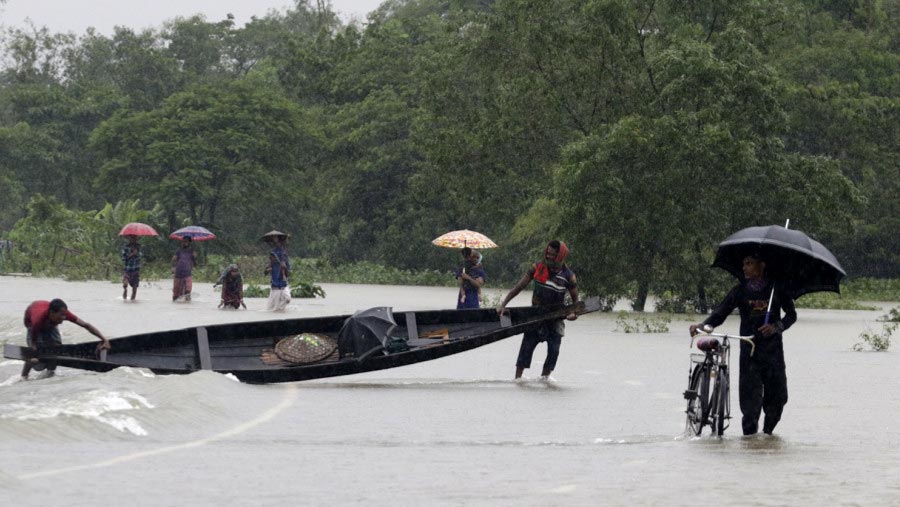 The government has decided to use Bangabandhu Satellite-1 to re-establish emergency telecommunication services in Sylhet, Sunamganj, Natrekona and other flood-hit districts of the country's northern region.

Bangladesh Satellite Company Limited (BSCL) is providing all necessary equipment to the rescuers to ensure uninterrupted internet and other telecommunication facilities in remote northern areas.

The move comes following the directives of Post and Telecommunication Minister Mustafa Jabbar, said a press release on Sunday (Jun 19).

Under the supervision of Md Khalilur Rahman, Secretary of Posts and Telecommunications Division, a total of 12 Very Small Aperture Terminal (VSAT) devices – a wireless communication system that uses a combination of a small antenna and satellite terminal equipment – were handed over to the Bangladesh Army on Saturday.

Efforts are underway to establish two VSAT hubs in Netrokona and the northern part of the country. Besides, 23 more VSAT devices will be provided to the office of the Sylhet divisional commissioner which will allow it to reestablish communication with more flood-affected areas of the region.

The BSCL has formed a monitoring cell to oversee the whole operation, the release added.

According to officials, the Bangabandhu Satellite-1 can also be used to restore the networks of different mobile phone companies, which are currently down due to the heavy showers and onrush of water.

The Posts and Telecommunications Division has also launched several toll-free helpline numbers for the flood-affected people.

The toll free numbers are: