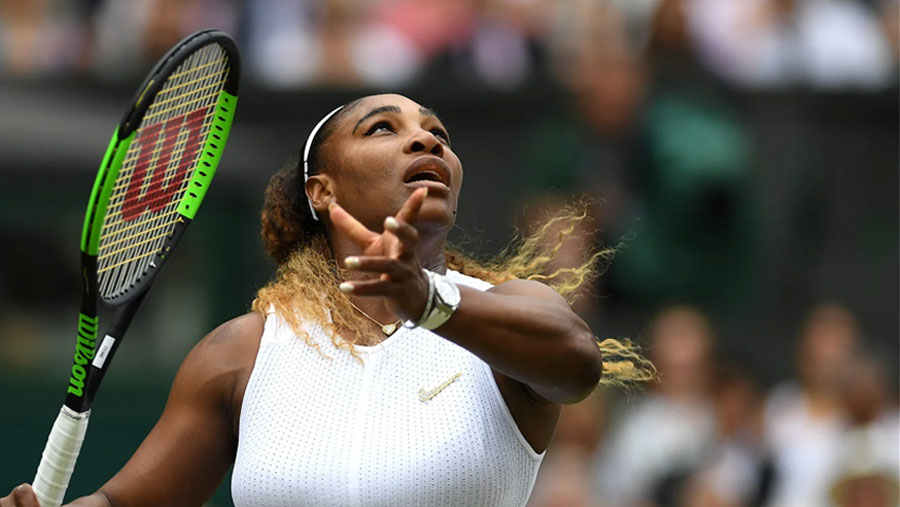 Serena Williams has hinted she could make her long-awaited return to court at Wimbledon, exactly a year since she last played on the tour at the same Grand Slam. Serena, 40, suffered an ankle injury during her first-round match at the Championships last year. She was forced to retire from the match against Aliaksandra Sasnovich and left the court in tears. She also missed the Olympics in Tokyo and the US Open in 2021 due to a hamstring injury, as well as the Australian Open earlier this year.

Seven-time Wimbledon champion Serena Williams will make her much-anticipated return to the grass courts of SW19 when the tournament kicks off later this month, after being handed a wild card entry to arguably the most famous tennis tournament in the world. Serena will compete in ladies' singles, according to an announcement from Wimbledon Tuesday (Jul 14).

The American also hinted at the highly anticipated news: "SW and SW19," Serena posted on Instagram Tuesday. "It's a date. 2022, see you there." SW19 is the postcode district in Southwest London incorporating Wimbledon, among other boroughs.

The social media post showed her standing on a grass court with white sneakers on.

Serena has not played competitively since an injury forced her to retire in a first-round match at Wimbledon last year.

The 23-time major champion last reached the Wimbledon final in 2019 where she lost to Simona Halep, who now works with Serena's former coach Patrick Mouratoglou.

Serena will first make her return to the court in Eastbourne next week for the LTA's Rothesay International, pairing up with Tunisia's world No. 4 Ons Jabeur for the doubles event, in what will be her first tournament appearance in almost a year, according to the tournament.

Serena was forced to miss January's Australian Open following the advice of her medical team, announcing in December that she wasn't "where I need to be physically to compete."

Wimbledon is scheduled for Jun 27 to Jul 10 at the All England Lawn Tennis & Croquet Club.