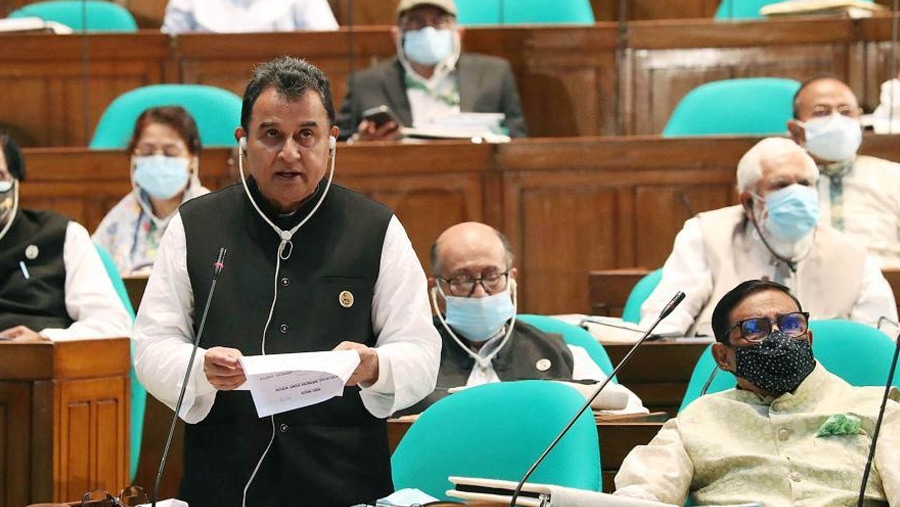 Finance Minister AHM Mustafa Kamal is likely to place a Tk 6,78,064 crore budget for the next fiscal year (FY23) at Jatiyo Sangsad on Thursday (Jun 9) with the major challenge of reining inflation amid unfavourable global economic situation, local media reported.

This will be the country's 51st budget and the 23rd of the Awami League government in five terms. This would also be the 4th national budget in a row to be placed by Kamal.

The finance minister is going to place the budget at a time when the global economy is passing through a volatile situation mainly because of the slow economic recovery from the Covid-19 pandemic along with the ongoing Russia-Ukraine war.

Besides, there is a bit high trend of inflation as the price of essentials and commodities is hurting the commoners to some extent, Taka is constantly devaluating against U.S. dollar, the import of luxurious items are being discouraged to lessen pressure on the foreign currency reserves.

According to the Finance Division officials, the next budget for the FY23 aims to attain a GDP growth rate of 7.5 percent based on the positive trend of economic recovery from the pandemic while it also eyes to contain inflation at 5.6 percent.

To give respite from the heat of high inflation trend, the government is focusing on reining in inflation through increasing subsidies.

To meet the deficit financing in the new budget, the government has raised its target of borrowing from the domestic sources with Tk 1,46,335 crore of which Tk 1,06,334 crore will come from the banking sector, Tk 35,000 crore from the savings certificates and the rest of Tk 5,001 crore from other sources.

Besides, the government is also eying to get Taka 95,458 crore from the foreign sources as loans and grants.

Despite various challenges, the government has earlier set an original Annual Development Programme (ADP) outlay of Tk 2,46,066 crore which was Tk 2,25,324 crore in the outgoing fiscal year.

The GDP size in the next fiscal year has been estimated at Tk 44,49,959 crore as the government is hopeful of attaining a GDP growth rate of 7.5 percent. The GDP growth target in the outgoing fiscal year was earlier fixed at 7.2 percent.

In the fresh budget, the government is likely to earmark Tk 82,745 crore as subsidy against various sectors which is 1.9 percent of GDP. In the revised budget of the outgoing fiscal year, subsidies were estimated at Taka 66,825 crore or 1.7 percent of GDP.