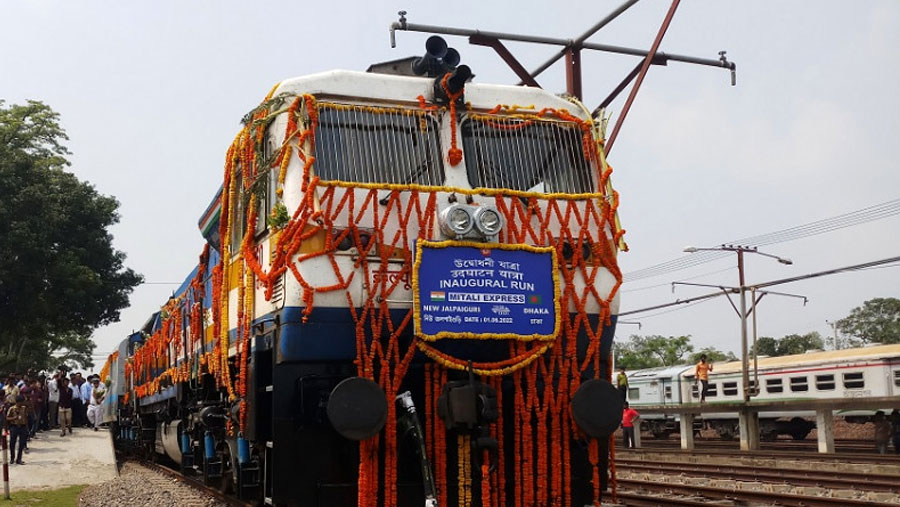 Bangladesh High Commissioner to India Muhammad Imran and senior officials of railway ministries of both the countries, among others, were present during the flagging off ceremony.

The other two Indo-Bangladesh passenger trains – Maitree Express and Bandhan Express, whose operations were disrupted due to Covid-19 restrictions, resumed their services on May 29.

Maitree Express, which began service in 2008, is the first train to run between the two countries since the British partitioned India in 1947. Bandhan Express began service later that year.