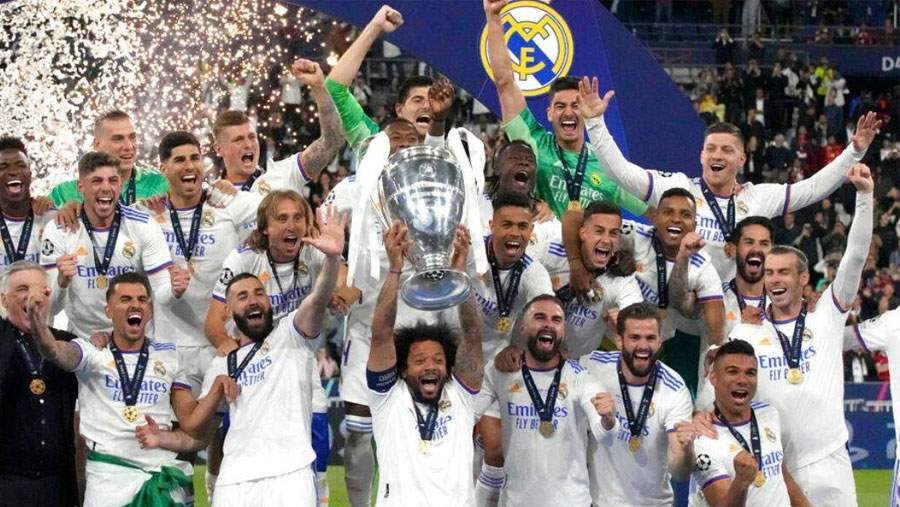 Real Madrid beat Liverpool 1-0 in Saturday's (May 28) Champions League final in Paris to become kings of Europe for a record-extending 14th time. Brazilian winger Vinicius turned in Fede Valverde's low cross in the 59th minute at the Stade de France and Liverpool could not find an equaliser as Jurgen Klopp's side lost to the Spanish giants in a Champions League final for the second time in five seasons.

Real Madrid became European champions for a record-extending 14th time after beating Liverpool 1-0 in a Champions League final that started 37 minutes late because of disturbing crowd issues outside the Stade de France near Paris.

Brazil winger Vinicius Junior applied a close-range finish in the 59th minute from Federico Valverde’s drive across the face of the Liverpool goal, securing a win on Saturday that gave Madrid coach Carlo Ancelotti a record fourth European Cup title.

While Madrid completed a Champions League-LaLiga double, Liverpool finished a season that promised so much. A week ago, it was in contention for an unprecedented quadruple of major trophies – with the two domestic cups in England.

The English team couldn’t find a way past Madrid goalkeeper Thibaut Courtois, who tipped Sadio Mane’s first-half shot onto the post and produced an even better save to turn away Mohamed Salah’s effort in the 81st minute.

Mohamed Salah, seeking revenge for his early departure through injury in the 2018 final against Real, was denied six times by Courtois who was simply unbeatable.

Real were always a threat and the decisive moment came after 59 minutes when Vinicius stole in unmarked at the far post to score.