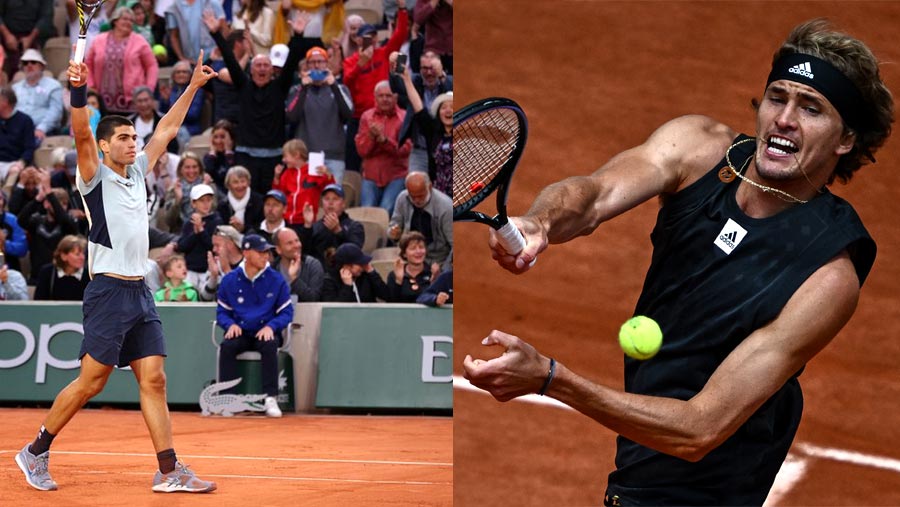 Carlos Alcaraz and Alexander Zverev saved match points to fight back from the brink and reach the French Open third round.

By contrast, Novak Djokovic and Rafael Nadal both swept past their opponents.

Alcaraz, among the favourites at Roland Garros after victories over Djokovic and Rafael Nadal in recent weeks, produced some outrageous shots as he battled past Ramos-Vinolas. He was supported by a full-throated crowd on Court Simonne-Mathieu as he saved a match point in the fourth set before finding an extra gear to take victory after four hours.

"I feel tired," was the 19-year-old's first answer when asked how he felt about his win.

Alcaraz's victory came after Zverev, a semi-finalist at Roland Garros last year, had fought past his own emotions to secure victory.

The German roared to the crowd in celebration before putting his arm around Baez at the net and speaking to him at length.

"I told Sebastian this is the worst you will ever feel on a tennis court, right now at this moment," Zverev said.

"I know how he feels as I lost the US Open final from being two sets up and was two points away."

Zverev joked that mentally planning his post-French Open holiday helped him relax after a poor start.

"I couldn't have played any worse [at the start], I just tried to find a rhythm and did that," he said.