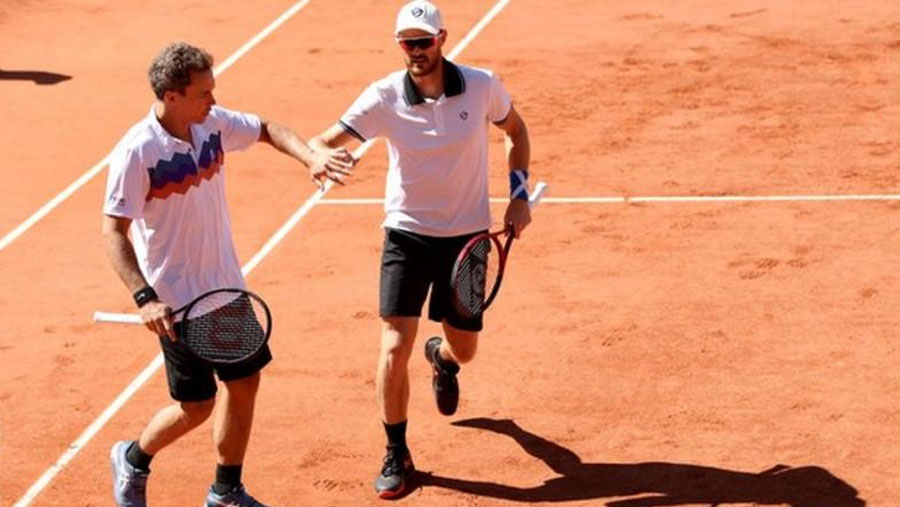 Britons Joe Salisbury and Jamie Murray reached the second round of the men's doubles with their respective partners at the French Open.

In the women's doubles, the all-British team of Heather Watson and Samantha Murray-Sharan made the most of their late alternate spot. The pair beat American Madison Brengle and Australian Arina Rodionova 6-1 6-3.

Salisbury and Ram, who are ranked world number one and two in doubles, won the Monte Carlo Masters – their first clay title as a pairing – in April.

They will now face Serb Miomir Kecmanovic and American Nicholas Monroe in the second round.

Murray, 36, has played with a variety of partners since March after Soares, 40, took a break from the tour.

But the pair, who reached the quarter-finals in 2017, have reunited this month and are chasing a third Grand Slam title together.