PM for protecting environment during implementation of projects 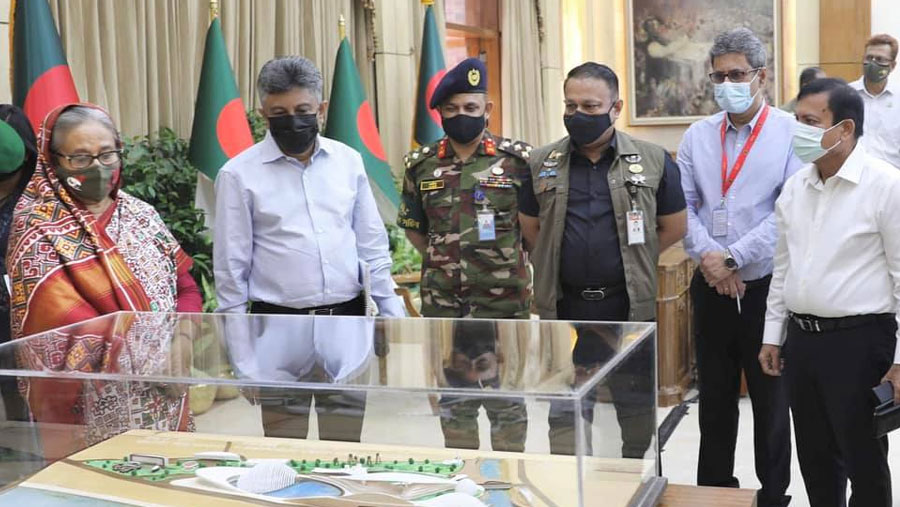 Prime Minister Sheikh Hasina on Wednesday (May 25) asked the authorities concerned to lay utmost emphasis on protection of the environment during adaptation and implementation of any development project.

"Everybody has to pay attention with highest priority to the environment during executing any development project. Projects have to be implemented with keeping the option of protecting reservoirs, allowing adequate green space and rainwater harvesting," she directed.

The premier passed the directives while witnessing architectural designs of different development projects at her official residence Ganabhaban, said a press release of the Prime Minister's Press Wing.

Emphasizing on increasing diversity in building industrial enterprises, the PM said agro-processing and information technology devices related industries should be given highest priority.

The head of the government also stressed increasing exports and to this end, she mentioned about providing subsidies to small industries.

The development projects presented before the premier are – construction of multi-storied residential buildings for government officials and employees in Dhaka's Sher-e-Bangla Nagar proposed by Ministry of Housing and Public Works and RAJUK, construction of Sheikh Hasina International Convention Center at Shibchar on the Jazira side of the Padma Bridge, conservation of flood flow zone at Turag River and compact township development and Keraniganj waterfront smart city construction.