Padma Bridge to be opened on Jun 25 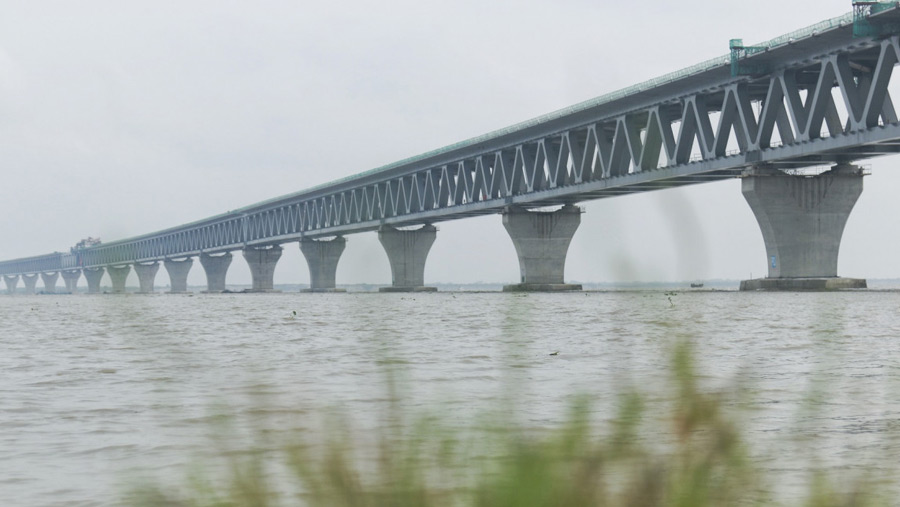 Prime Minister Sheikh Hasina will open the bridge for vehicular movement at 10 a.m. on Jun 25.

Road Transport and Bridges Minister Obaidul Quader on Tuesday (May 24) said the Padma Bridge would be opened on Jun 25 to directly connect the south-western region with the capital Dhaka. Talking to media in front of Ganabhaban in Dhaka, emerging from a meeting with Prime Minister Sheikh Hasina, he said the premier would open the bridge for traffic on that day.

During the meeting, Quader discussed the bridge and its inauguration with the premier.

"Prime Minister Sheikh Hasina today made a directive to name the long-cherished road-rail bridge after the river Padma."

"The bridge will be named after the Padma River... not after the name of any member of Father of the Nation Bangabandhu Sheikh Mujibur Rahman's family," said Quader, also the General Secretary of the ruling Bangladesh Awami League, replying to a question.

"The name of Padma Bridge will be after the name of the river. I (PM) don't want anyone's name here," Quader quoted the Prime Minister as saying.

The construction of the main bridge was carried out by China Major Bridge Engineering Company (MBEC), a Chinese contractor Company, and the river management was done by the Sino Hydro Corporation of China.

According to project details, Prime Minister Sheikh Hasina inaugurated the construction works of the river on Dec 12, 2015.

The first span of the Padma Bridge was installed at the Zajira point of Shariatpur district on Oct 7, 2017.

On Nov 12, 2013, the PM inaugurated the approach roads on Zajira and Mawa sides as well as the Service Area-2 work.

The government has already announced the rates of the Padma Multipurpose Bridge. On May 17, the Bridges Division under Road Transport and Bridges Ministry issued a gazette notification in this regard.

According to the gazette notification, a motorcycle will to pay Tk 100 while a car and a jeep will have to pay Tk 750 to cross the 6.15-km long bridge.

The notification also said that Tk 1,000 will be added to Tk 6,000 for each axel of the trailer while it will be over four-axel trailer.

Padma Bridge became visible with the installation of first span on 37th and 38th number pillars on Sep 30, 2017. Later, 41 spans were installed on 42 pillars one after another making the entire 6.15 kilometer bridge visible on Dec 10, 2020.