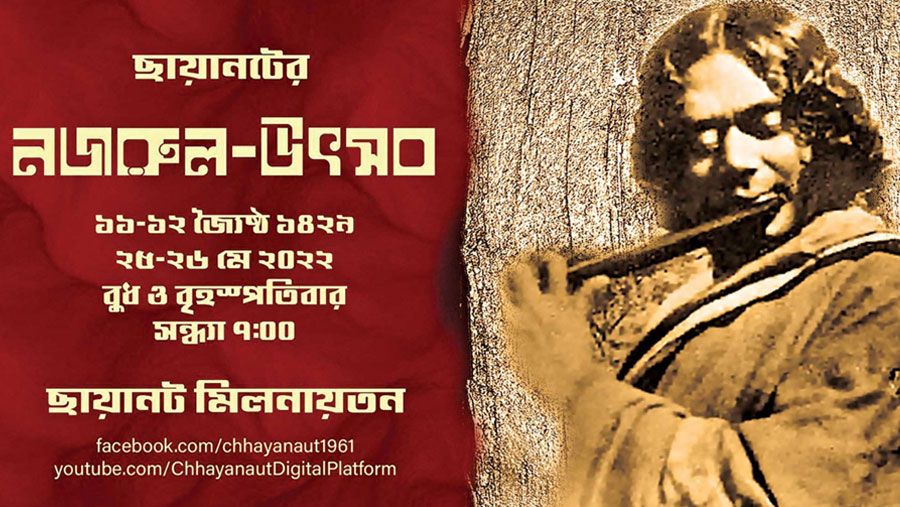 Kazi Nazrul Islam crafted his place as one of the best poets in Bangla literature with his remarkable poems including ‘Bidrohi’, ‘Daridro’, ‘Maa’, ‘Barangana’ and ‘Bashonti’. Alongside poems, novels and short stories, Nazrul has written around four thousand songs including Shyamasangeet, Bhajan, and Kirtan.

The two-day event, featuring performances inspired by Nazrul’s literature and songs, will be held at Chhayanaut's auditorium at 7 p.m.