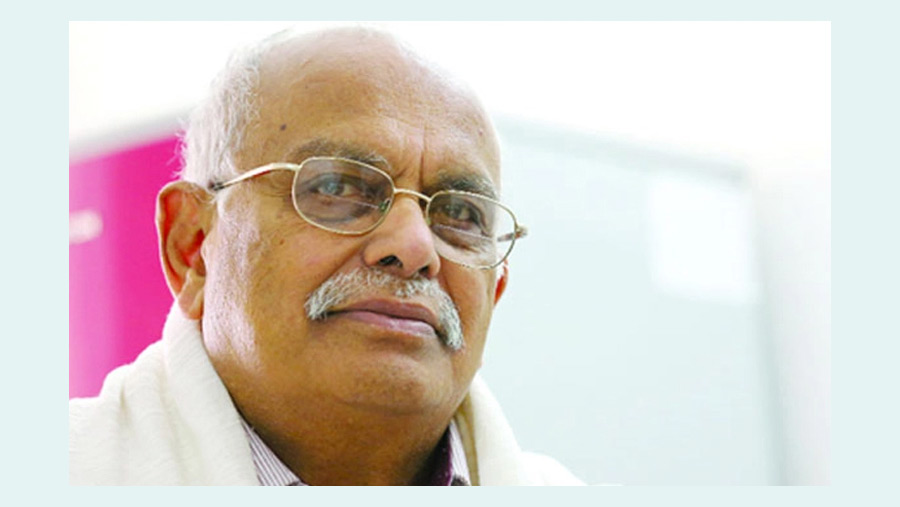 Language Movement veteran and prominent journalist Abdul Gaffar Chowdhury passed away this morning at a hospital in London at the age of 88, family and Bangladesh High Commission in UK said.

The official said the Bangladesh mission in U.K. kept a close touch with Chowdhury's family as the plans for his burial and related rituals were underway.

The song is regarded by listeners of BBC Bengali Service as the third best song in Bangla.

A famous journalist and columnist was in close touch with Father of the Nation Bangabandhu Sheikh Mujibur Rahman as part of his professional connections.

Abdul Gaffar Chowdhury was born in the Ulania village in Mehendiganj of Barishal in 1934 as the then greater India was under British rule.

Son of a landlord and anti-British movement veteran Hazi Wahed Reza Choudhury, Abdul Gaffar Chowdhury graduated from Dhaka University in 1959 and came to England on Oct 5, 1974, where he lived settled.

But he was a frequent visitor to his homeland and wrote newspaper columns regularly keeping a close touch with Bangladesh and an eye on the country’s affairs.

Before moving to Britain, Chowdhury worked as a journalist in different national newspapers in Dhaka and during the 1971 Liberation War, he worked for ‘Joy Bangla’, ‘Jugantar’ and ‘Anandabazar Patrika’.

His contributions to Bangla literary world was acknowledged even before Bangladesh’s independence while he received Bangla Academy Literary Award back in 1967. He was awarded Sadhinata Padak in 2009.

He went to the United Kingdom for the treatment of his wife and could not return to Bangladesh for 22 years after Bangabandhu’s Aug 15, 1975 assassination along with most of his family members.

His wife Selima Choudhury died in London while the couple have four daughters alongside the son.