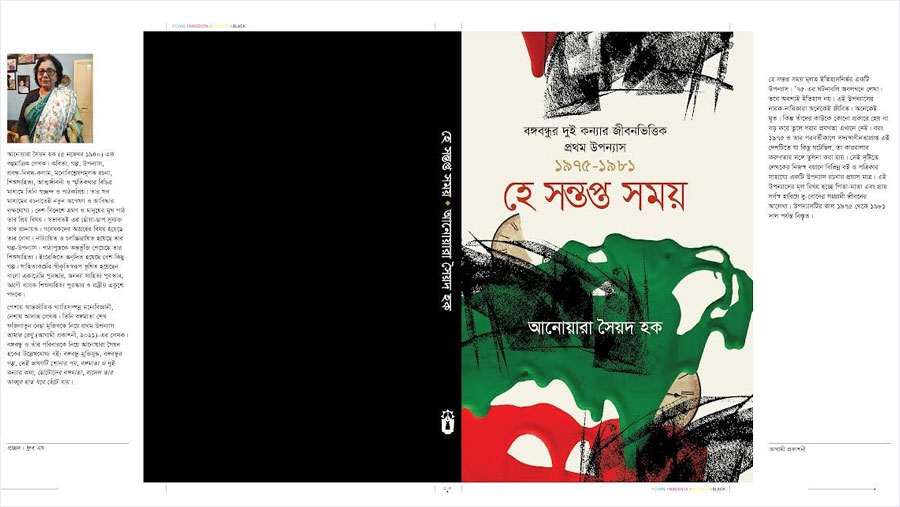 The novel is based on the struggling lives of the two daughters – Sheikh Hasina and Sheikh Rehana – of Father of the Nation Bangabandhu Sheikh Mujibur Rahman in different countries of Europe and India during the hostile period of 1975-81, said a press release on Sunday (May 15).

On May 17 in 1981, Bangladesh Awami League President Sheikh Hasina returned home after six years of exile defying different obstacles of the then government.

Father of the Nation Bangabandhu Sheikh Mujibur Rahman was brutally killed along with most of his family members on Aug 15 in 1975 and his two daughters – Sheikh Hasina and Sheikh Rehana – luckily escaped the brutal assassination as they stayed abroad.

After the assassination of Bangabandhu and his family members, Sheikh Hasina devoted herself to the struggle for restoration of democracy and rule of law in the country. Sheikh Rehana, the youngest daughter of Bangabandhu, was also closely associated with her in this struggle.

Osman Gani, owner of the Agamee Prakashani, said that the novel is dedicated to the memories of the late Indira Gandhi, Prime Minister of India, who provided compassionate shelter and security to Bangabandhu's two daughters during the most difficult times.