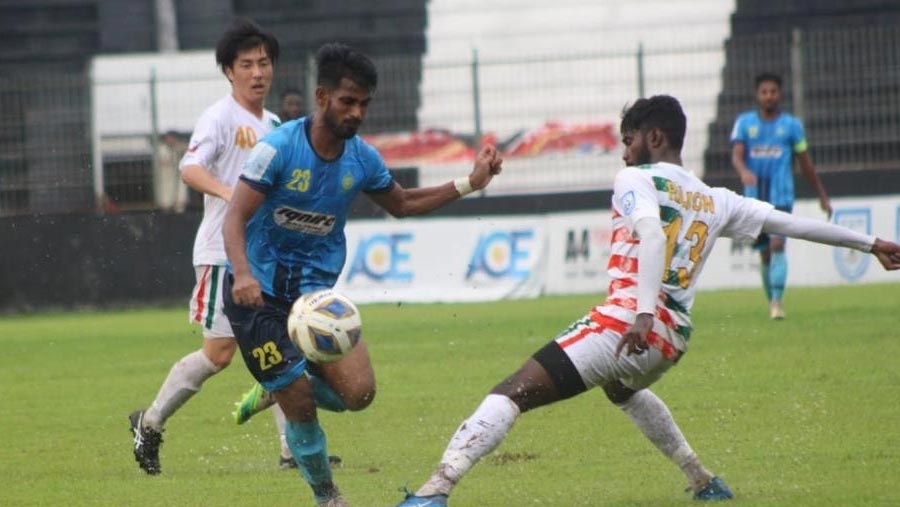 While midfielder Sabbir Hossen and forward Bishal Dasa netted one goal each for Swadhinata Krira Sangha.

The match was locked goalless at the breather.

After the barren first half, Candy Augustine finally broke the deadlock scoring the first goal for Chittagong Abahani Limited in the 73rd minute but the lead lasted for couple of minutes as Sabbir Hossen restored the parity for Swadhinata in the 76th minute of the match.

Bishal Das reduced the margin scoring the second goal for Swadhinata KS in the 90th minute of the match.

The day's win saw, the port city team Chittagong Abahani raise their tally to 26 points from 15 matches while bottom-ranked Swadhinata Krira Sangha remained at their previous credit of six points playing the same number of matches.

Muktijoddha Sangsad Krira Chakra split points with Uttar Baridhara Club when their match ended in a 1-1 goal draw in the TVS Bangladesh Premier League Football on Friday (May 13) at Sheikh Fazlul Haque Mani Stadium in Gopalganj.

Soma Otani put Bangladesh Muktijoddha ahead in the 27th minute while after the interval Uttar Baridhara Club staged a fight back as Youssouf Mory Bamba restored the parity in the 68th minute of the match.

Earlier, in the first phase, Baridhara defeated Muktijoddha by 2-1 goals in a match held at the same venue.