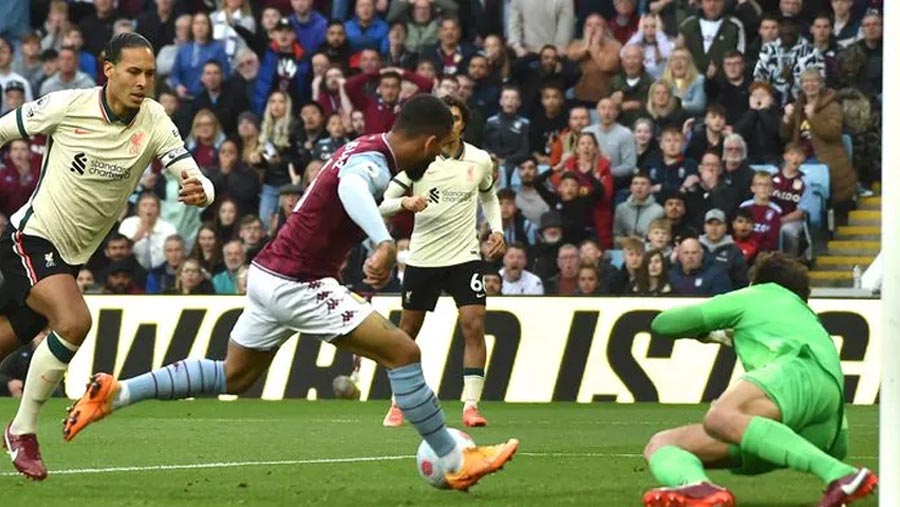 Liverpool produced a gritty performance at Villa Park as they ran out 2-1 winners against Steven Gerrard’s Aston Villa on Tuesday (May 10) to keep the pressure on Premier League leaders Manchester City.

Liverpool maintained the pressure on Premier League leaders Manchester City as they survived an early scare to come from behind and win at Aston Villa.

Jurgen Klopp’s side suffered a shock after only three minutes when Douglas Luiz bundled home after Liverpool keeper Alisson failed to hold his header.

Liverpool were on terms within three minutes when Joel Matip scored following a goalmouth scramble and the sides then exchanged chances before Sadio Mane put the visitors ahead with a superb angled header from Luis Diaz’s cross in the 65th minute.

The win means Liverpool now lie second only on goal difference before City’s visit to Wolves on Wednesday.

Former Liverpool striker Danny Ings wasted opportunities to equalise and inflict a blow to his old club’s hopes of winning a historic quadruple – although the Reds did suffer an injury setback when influential midfielder Fabinho went off in the first half with a hamstring problem that must make him doubtful for Saturday’s FA Cup final against Chelsea.