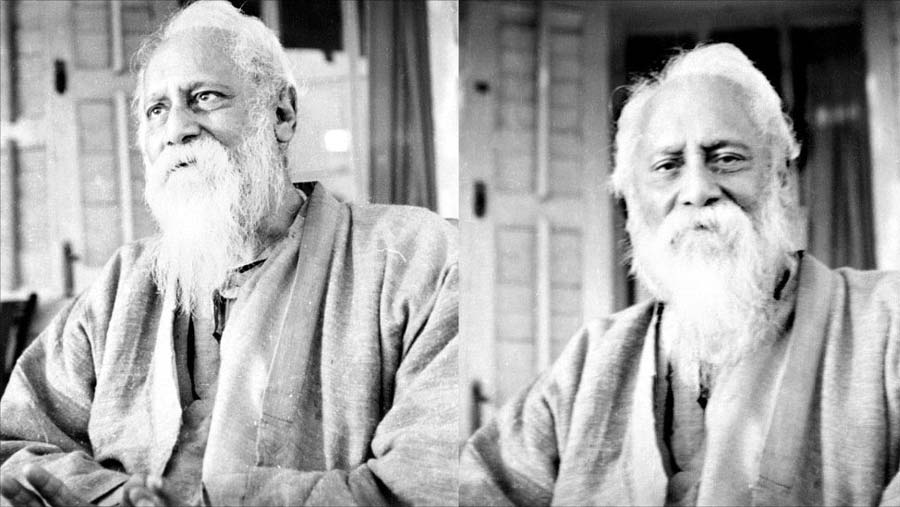 The government has taken up elaborate programmes to celebrate the 161st birth anniversary of Bishwakabi Rabindranath Thakur, who reshaped Bengali literature and music as well as arts of Indian subcontinent with contextual modernism, at national level on Sunday (May 8) in a befitting manner.

The programmes were finalized at a meeting of National Committee at Bangladesh Shilpakala Academy on Apr 18 with State Minister for Cultural Affairs KM Khalid in the chair, said a press release on Thursday.

On the 25th of Boishakh in 1268 Bengali calendar, Rabindranath, the fountainhead of Bengali wisdom, was born at Jorasanko in Kolkata.

Nobody had influenced the minds of so many Bengali-speaking people before or after him. His influence has been compared, by many, to William Shakespeare in the English-speaking world.

According to the release, this year the main programme will be arranged at Shilaidaha Rabindra Kuthibari in Kumarkhali Upazila of Kushtia district with the theme 'Crisis of Humanity and Rabindranath'.

Jatiyo Sangsad Speaker Dr Shirin Sharmin Chaudhury will address the inaugural function as the chief guest at 2.30 p.m. while Chairman of the Parliamentary Standing Committee on the Cultural Affairs Ministry Simeen Hussain (Rimi) will join as the special guest with State Minister for Cultural Affairs KM Khalid in the chair.

Secretary of the Cultural Affairs Ministry Md Abul Monsur will deliver the welcome address while Professor Sanath Kumar Saha will join the function as the commemorative speaker. Deputy Commissioner of Kushtia will give vote of thanks while Bangladesh Shilpakala Academy will present a 30-minute cultural event.

Besides, Bangladesh Shilpakala Academy has taken a three-day programme, including cultural functions and exhibition on artworks of Rabindranath, while a documentary on the poet will be screened throughout the month.

Apart from Shelaidah Kuthibari and the capital Dhaka, local administrations will arrange different programmes at Shahjadpur in Sirajganj and Patisar in Naogaon and Dakkhindihi and Pithavog in Khulna, the places where Rabindranath had memories, to celebrate the 161st birth anniversary of the great poet.

Marking the day, Rabindramela, discussions and cultural functions will also be arranged.

Cultural Affairs Ministry and Bangla Academy will publish souvenirs and posters on the occasion of the birth anniversary of Kobiguru.

All divisions, departments and institutions under the Cultural Affairs Ministry and Bangla Academy will arrange special discussions and cultural functions to mark the day.

Besides, a function will be held at Rabindra Sarobar under the supervision of Executive Director of Kabi Nazrul Institute.

All educational institutions across the country, including the capital, will arrange cultural functions, discussions, essay writing and poem recitation competitions to celebrate the anniversary.

The inaugural function of the national level programmes and other events will be live telecast on Bangladesh Television and other private television channels and radio channels. Bangladesh Betar will also broadcast the programmes.

Security measures will be beefed up in the areas of national level programmes and other programmes to avert any untoward incident. Fire Services and Civil Defence will take fire extinguishing measures in and around the programme areas.

Besides, different road islands in all districts, including those where Kabiguru had memories, across the country will be decorated with banners, festoons and posters and digital displays will be installed at different spots and different programmes, including exhibiting photographs and artworks of Bishwakobi.

The youngest of 13 surviving children, Rabindranath, nicknamed 'Robi', was born to a Brahmin family of Debendranath Thakur and Sarada Devi at Jorasanko in Kolkata.

Gitanjali (The Song Offerings), Gora (Fair-Faced) and Ghare-Baire (The Home and the World) are his best-known works and his verse, short stories and novels were acclaimed-or panned-for their lyricism, colloquialism, naturalism and unnatural contemplation.

Author of Gitanjali, profoundly sensitive, fresh and beautiful verse, Rabindranath became the first non-European to win the Nobel Prize in Literature in 1913.

Sometimes referred to as "the Bard of Bengal", Rabindranath's poetic songs were viewed as spiritual and mercurial.

His compositions were chosen by two nations as national anthems: Bangladesh's Amar Sonar Bangla and India's Jana Gana Mana. The Sri Lankan national anthem was inspired by his work.

The legendary poet breathed his last at his paternal residence in Kolkata on Srabon (Bengali month) 22 of Bangla year 1348 (Aug 7, 1941).