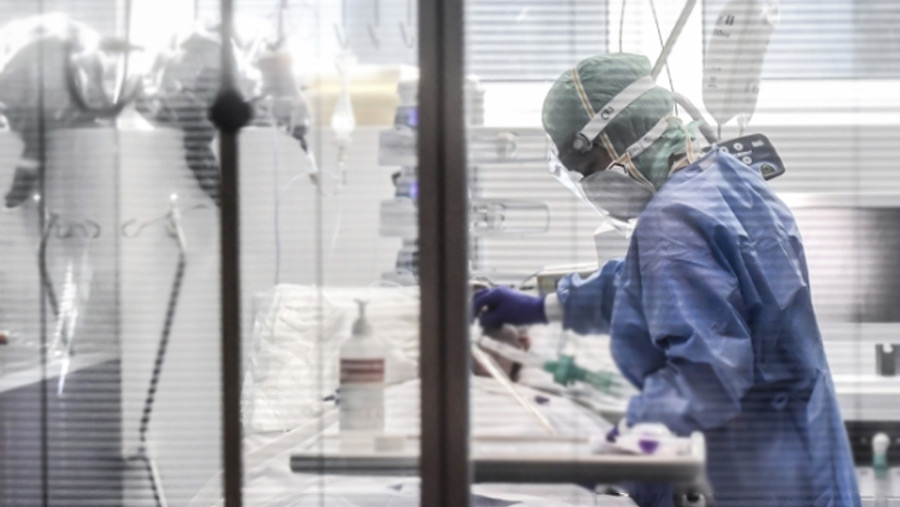 China reported seven new deaths from Covid-19 in Shanghai on Tuesday (Apr 19), raising the official toll after hundreds of thousands of cases in the metropolis during a weeks-long lockdown.

City authorities revealed the first virus deaths on Monday, with Tuesday's fatalities bringing the total official toll to just 10, despite the scale of the outbreak.

Beijing insists its zero-Covid policy of hard lockdowns, mass testing and lengthy quarantines has averted fatalities and the public health crises that have engulfed much of the rest of the world.

But some have cast doubt on official figures in a nation whose vast elderly population has a low vaccination rate. Shanghai health officials noted Sunday that less than two-thirds of residents over 60 had received two Covid jabs and less than 40 percent had received a booster.

Unverified social media posts have also claimed unreported deaths – typically before being scrubbed from the internet. Hong Kong has attributed nearly 9,000 deaths to Covid-19 since the Omicron variant surged there in January.

The Shanghai Municipal Health Commission on Tuesday said the seven victims were aged between 60 and 101, and all suffered from underlying conditions such as heart disease and diabetes.

The patients "became severely ill after admission to hospital, and died after ineffective rescue efforts, with the direct cause of death being underlying diseases", the commission said.

Many of Shanghai's 25 million residents have been confined to their homes since March as daily caseloads have topped 25,000 – a modest figure by global standards but virtually unheard of in China.

Many inhabitants have flooded social media with complaints of food shortages, spartan quarantine conditions and heavy-handed enforcement, circulating footage of rare protests faster than government censors can delete them.

The country's zero-tolerance approach to Covid had largely slowed new cases to a trickle after the virus first emerged in the central Chinese city of Wuhan in late 2019.

But officials have scrambled in recent weeks to contain cases spanning multiple regions, largely driven by the fast-spreading Omicron variant.

The country reported 0.67 percent Covid-19 positive cases as 5,407 samples were tested in the last 24 hours, Directorate General of Health Services (DGHS) said in its daily statement.

The recovery count rose to 18,91,197 after another 355 persons were discharged from the hospitals during the last one day.

From the beginning of the pandemic, 96.87 percent Covid-19 patients recovered while 1.49 percent died, the DGHS statistics showed.