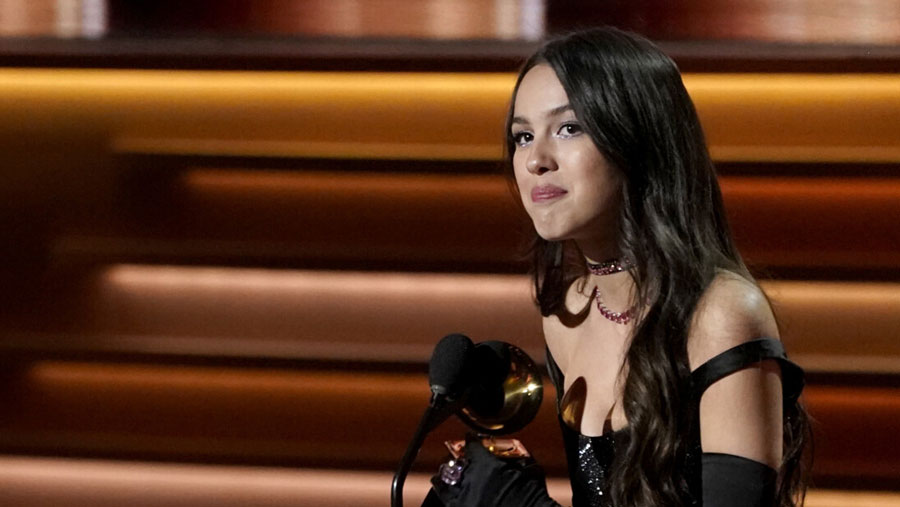 Pop phenom Olivia Rodrigo on Sunday (Apr 3) scored the coveted Grammy for Best New Artist, an expected win that caps a year of milestones for the breakout star.

“This is my biggest dream come true,” said the 19-year-old Rodrigo, who bested a crowded field including rappers Saweetie and The Kid Laroi to win the prestigious prize.

The artist who launched her career as an actor on the Disney Channel released her debut single ‘Drivers License’ last year to commercial acclaim and critical praise for its minimalist production and cathartic, emotionally raw lyricism.

The song made Rodrigo the youngest ever artist to debut atop Billboard's top songs chart, where she spent eight straight weeks at number one.

The Filipino-American artist from California teased ‘Drivers License’ on social media for months before dropping it ahead of her release of ‘Sour,’ which propelled Rodrigo to the front of this year's Grammy nomination pack.

A fangirl of Taylor Swift and Lorde, both of whom she's cited as songwriting influences, Rodrigo also grew up listening to rock bands including the Cure, Smashing Pumpkins, and riot grrrl acts.