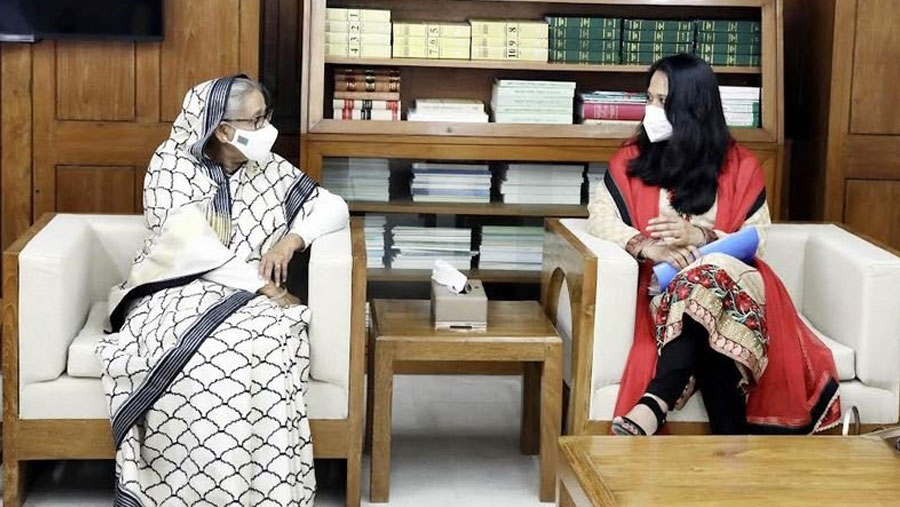 Bangladesh and the United Kingdom have expressed their eagerness to promote the trade and commerce between the countries. The keenness of the two countries was expressed when a British lawmaker and trade envoy of the UK's Prime Minister Rushanara Ali, MP, paid a courtesy call on Prime Minister Sheikh Hasina in the parliament in Dhaka on Wednesday (Mar 30) afternoon. PM's Press Secretary Ihsanul Karim briefed media after the meeting.

The PM has sought the British cooperation for the development of Bangladesh's railway.

Rushanara Ali has expressed her country's desire to extend cooperation in the development of Bangladesh's private education sector in joint venture. She informed the PM that many Bangladeshi universities want to work with the UK in joint collaboration.