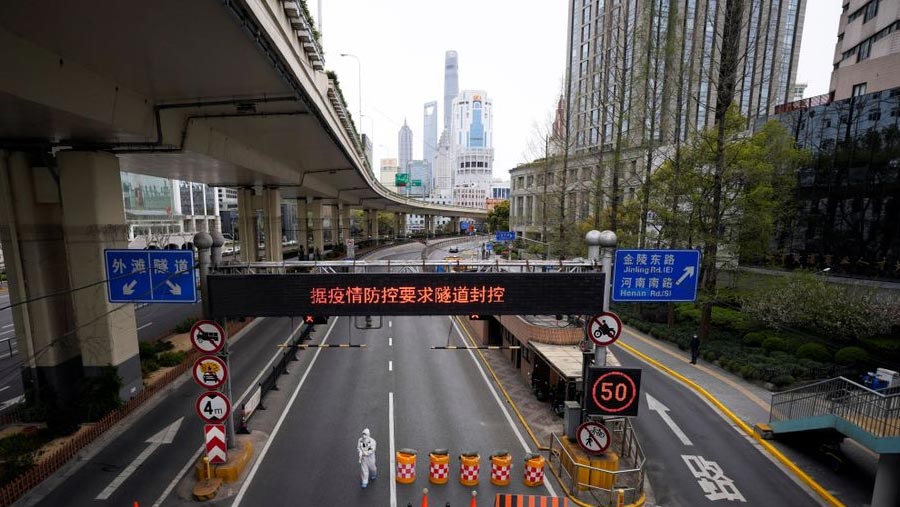 China's financial hub of Shanghai launched a planned two-stage lockdown of the city of 26 million people on Monday (Mar 28), closing bridges and tunnels, and restricting highway traffic in a scramble to contain surging local Covid-19 cases. Authorities announced late on Sunday that it would carry out a two-phased lockdown of the city of around 25 million people to carry out mass testing.

China has announced its biggest city-wide lockdown since the Covid outbreak began more than two years ago. The city of Shanghai will be locked down in two stages over nine days while authorities carry out Covid-19 testing.

The important financial hub has battled a new wave of infections for nearly a month, although case numbers are not high by some international standards.

Authorities had so far resisted locking down the city of some 25 million people to avoid destabilising the economy.

But after Shanghai recorded its highest daily number of cases on Saturday since the early days of the pandemic, authorities appear to have changed course.

The lockdown will happen in two stages, with the eastern side of the city under restrictions from Monday (Mar 28) until Apr 1, and the western side from Apr 1-5.

Public transport will be suspended and firms and factories must halt operations or work remotely, authorities said.

The city government published the instructions on its WeChat account, asking the public "to support, understand and cooperate with the city's epidemic prevention and control work".

Other lockdowns during the pandemic have affected entire Chinese provinces, though people could often still travel within those regions. But Shanghai, due to its high population density, is the largest single city to be locked down to date.

It is China's commercial capital and by some calculations the biggest city in the country – but is now one of the worst-hit areas as China fights to contain a resurgence of the virus with Omicron, leading to a spike in new cases.

Officials had until now said the eastern Chinese port and financial hub must keep running for the good of the economy. The staggered approach to this lockdown means half the city will remain functioning at a time.

Millions of residents in other Chinese cities have been subjected to citywide lockdowns, often after a relatively small number of Covid cases.