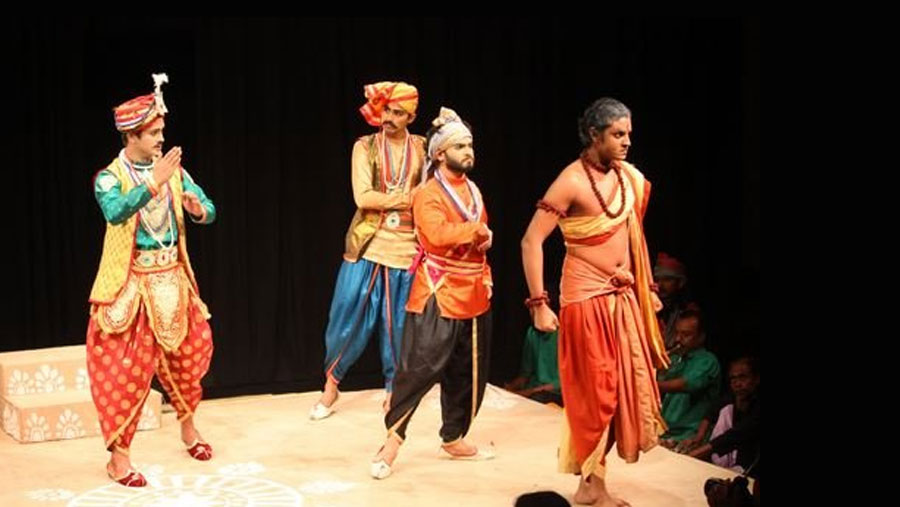 This twelve-day long festival, organized by the theatre and performance studies department, which was supposed to be held in December last year, will be continued till Apr 1 each day from 7 p.m. at the Natmandal auditorium of the university.

A total of nine dramas – seven dramas directed by honors’ final year students and another two directed by two faculties of the department – will be staged at the festival.

DU Treasurer Mamtaz Uddin Ahmad was present on the occasion as special guest, while the Chairman of the department Md Ashiqur Rahman presided over the programme. Besides, the department also provided special honor to legendary cultural personality Ramendu Majumdar for his special contribution to the country’s theatre sector. DU VC Md Akhtaruzzaman handed over an honorary memento to Ramendu Majumdar.

Irish playwright Samuel Barclay Beckett’s play ‘Waiting for Godot’– directed by Professor Israfeel Shaheen and performed by Master’s second semester students – will be staged at the Natmandal auditorium each day till Mar 26 starting from Monday.

On Mar 27, the play 'Kharij' written by Shongkar Kumar Biswas under the direction of Debashis Kumar Dey Proshanto and the play ‘Kothaye Pabo Tarey’ based on the story of eminent writter Shahidul Zahir, will be staged directed and dramatized by Md Ashraful Islam Shayan.