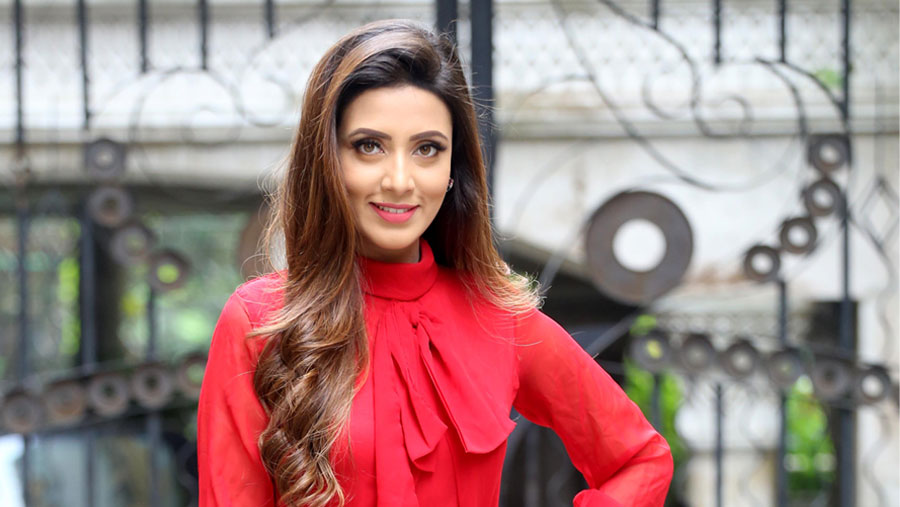 Dhallywood star Bidya Sinha Mim mesmerized viewers with her performance in a new item song titled 'Lal Lipstick' of the upcoming film 'Ami Neta Hobo' (meaning I will be a leader).

Directed by Uttam Akash, the song gets Youtube released on Thursday by Eksay Movies. Lyrics written by Priyo Chattopadhyay and music directed by Akaash, Trisha Chatterjee and Akaash gave their voices for the song.

Superstar Shakib Khan and Mim makes a comeback as pair on the big screen after a long time with this film. The actors are now in Bangkok to shot more songs of 'Ami Neta Hobo'. The film is expected to release in February.