PM hopes people will vote for Awami League in next election 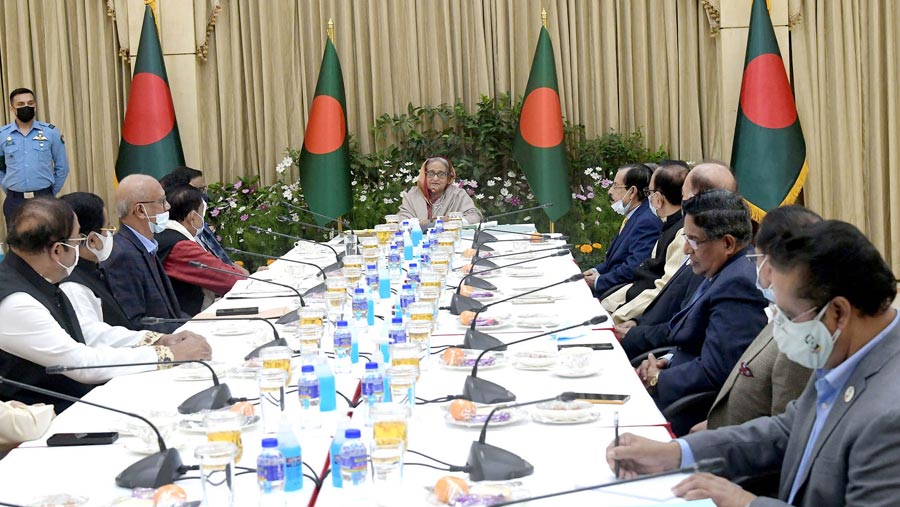 Prime Minister Sheikh Hasina on Tuesday (Feb 8) said the people of the country would vote for the Bangladesh Awami League in the next general election as it has changed the country and transformed it into a developing nation.

“We hope that the people will vote for us in the next general election as we have changed the country,” she said.

She was speaking at the meeting of Awami League presidium members at her official Ganabhaban residence in the afternoon, local media reported.

Sheikh Hasina, also President of the Awami League, said that her party beleives in democracy and it has belief in the people. The PM said that Bangladesh has become a developing nation due to the relentless efforts of her government.

“The living standard of the people has been elevated as we are in power. We are reaching every facilities to the people's doorsteps by taking community clinics, My House-My Firm and Ashrayan projects,” she said.

She reiterated her commitment that no one in Bangladesh would remain homeless, mentioning that cent percent people of the country has been brought under electricity coverage.

The PM said that they have made Bangladesh's economy stable by giving various stimulus packages during the Coronavirus pandemic.

“Bangladesh’s GDP growth rate now stands at 6.94 percent and its per capita income is 2591 US dollar (despite the global economy has stuck due to the Covid-19),” she continued.