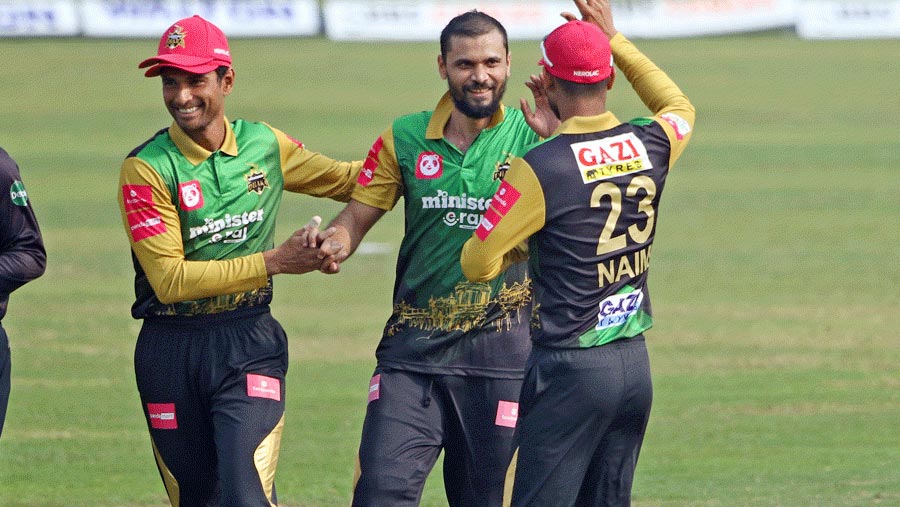 Mashrafe Bin Mortaza returned to competitive cricket after 13 months but his presence failed to lift Dhaka as they lost by seven wickets against Sylhet Sunrisers in their BPL fixture in Mirpur on Tuesday (Jan 25).

Dhaka, which included the likes of Tamim Iqbal, Mahmudullah Riyad, Mashrafe Bin Mortaza in the team lost the first two matches to Khulna Tigers and Chattogram Challengers before hitting back to winning way with their first victory over Fortune Barishal.

Mashrafe didn’t play in those three matches but he returned to the field after recovering from his back pain against Sylhet. However, his inclusion too didn’t work for Dhaka as they failed to keep up the winning spree.

Dhaka batters indeed failed to give the bowlers an adequate total on the board to defend as they were wrapped up for 100 in 18.4 overs after being sent to bat first.

Sylhet, who lost the first game to Comilla Victorians by two wickets, also struggled but they managed to overhaul the target with three overs to spare, losing three wickets.

Mashrafe was the bowler to give Dhaka a breakthrough while Sylhet started chasing the total as he had Lendl Simmons caught by Rubel Hossain for 16.

Anamul Haque Bijoy, another opener, kept the side rolling even though it was difficult to bat on this pitch. But he scored a run-a-ball-45 with four fours and one six before Mashrafe removed him when Sylhet were two runs away from the victory.

In between Hasan Murad dismissed Mohammad Mithun for 17 to reduce the margin of defeat for Dhaka. Sylhet’s New Zealand recruit Colin Ingram sailed the side home and was not out on 21.

Earlier left-arm spinner Nazmul Islam Apu claimed his career-best 4-18 to sink Dhaka batters. He was ably supported by fast bowler Taskin Ahmed’s fiery bowling. Taskin ended up with 3-22 to play a perfect foil to Apu, who once again brought out ‘Pushpa’ celebration for his every wicket.

For Dhaka, captain Mahmudullh Riyad was the top-scorer with 33 off 26, hitting three fours. Shuvagata Hom was the other notable contributor with 21 and his innings basically helped Dhaka to touch 100-run mark.