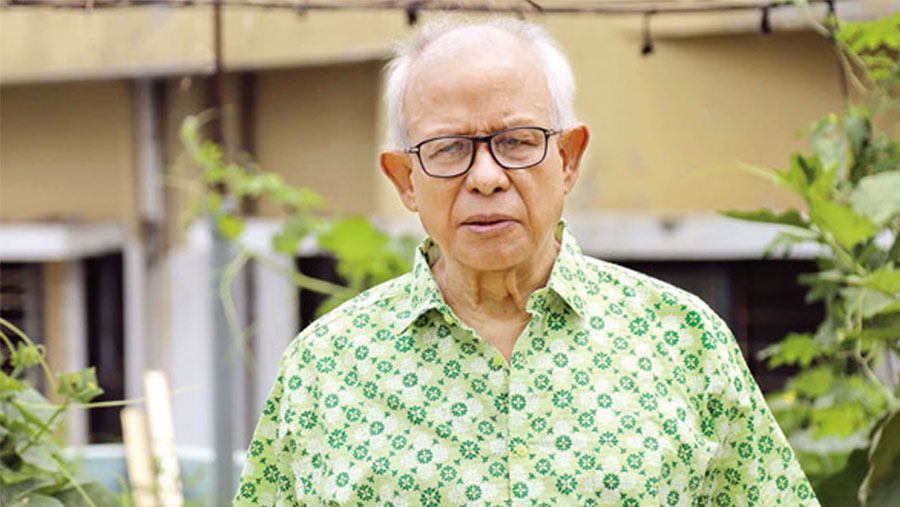 According to family sources, Qazi Anwar was diagnosed with prostate cancer on October last year and was admitted to hospital several times. Later, he also suffered a brain stroke and a heart attack.

He was kept on life support on Jan 10, the sources added.

Born on Jul 19, 1936, in the capital, Hussain mainly wrote spy thriller, detective and adventure based novels most of which are adaptation translation from or heavily influenced by foreign literature.

‘Masud Rana’, the popular spy-thriller series was created with the hands of Hussain.

Qazi Anwar Hussain obtained his Master’s Degree in Bengali literature and language from the University of Dhaka.

In the middle of 1960, he started a paperback publishing house called Sheba Prokashoni with four writers, three of whom were his own pen-names.

The publishing house was credited with publishing works of world literature, as well as original work.

‘Sheba Prokashoni’ played an important part in publishing paperback books in Bangladesh and in translating world-renowned novels into Bengali for avid readers.

His father Qazi Motahar Husain, was a scientist, writer, and national professor.

For his excellence in Bengali literature, Qazi Anwar Husain received the Independence Day Award in 1979, Bachsas Award for Best Screenplay and Dialogue for the film ‘Masud Rana’ in 1974, and Bangla Academy Literary Award (1966), among others.

Anwar Hossain’s body will be brought to his Segunbagicha residence on Thursday (Jan 20) morning. After Zohr prayers, according to his last wish, he will be buried in Banani Graveyard in his mother’s grave.