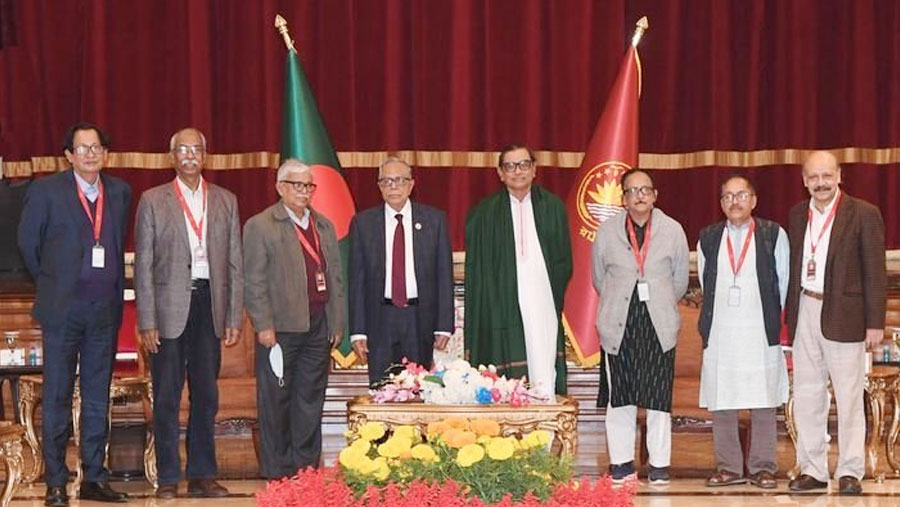 President Md. Abdul Hamid on Tuesday (Dec 28) said if the quality is not ensured in politics, it would be very difficult for politicians to do politics in the future as the left-leaning Workers Party of Bangladesh (WPB) held talks with him at Bangabhaban placing six proposals to the head of the state over Election Commission (EC) formation.

"Politics is for the welfare of the people... Political parties need to build right public opinion at the grassroots level to ensure quality in politics," Press Secretary Joynal Abedin quoted the President as saying after the dialogue with the Workers Party.

A six-member delegation of the Workers Party of Bangladesh led by its president Rashed Khan Menon, MP, took part in the hour-long meeting with the President on Tuesday evening, on the sixth day of the ongoing dialogue with the political parties, the press secretary told state media.

Welcoming the delegation at the Bangabhaban, the President sought the cooperation of all political parties for the formation of an independent, neutral, and acceptable EC.

Joynal Abedin said the delegation thanked the President for taking the initiative to hold talks with the political parties to form the EC. The six-point proposals include enacting a new law, ensuring proper implementation of electoral laws so that the EC could function independently, and seeking opinions of civil society representatives in this perspective.

Secretaries concerned to the president were present there. Earlier, a series of dialogues were held with the participation of political parties ahead of the ninth, tenth, and eleventh parliamentary polls.

The current EC's five-year term will expire on Feb 14, 2022. The President of the Republic will form a new election commission, under which the 12th parliamentary elections will be held.