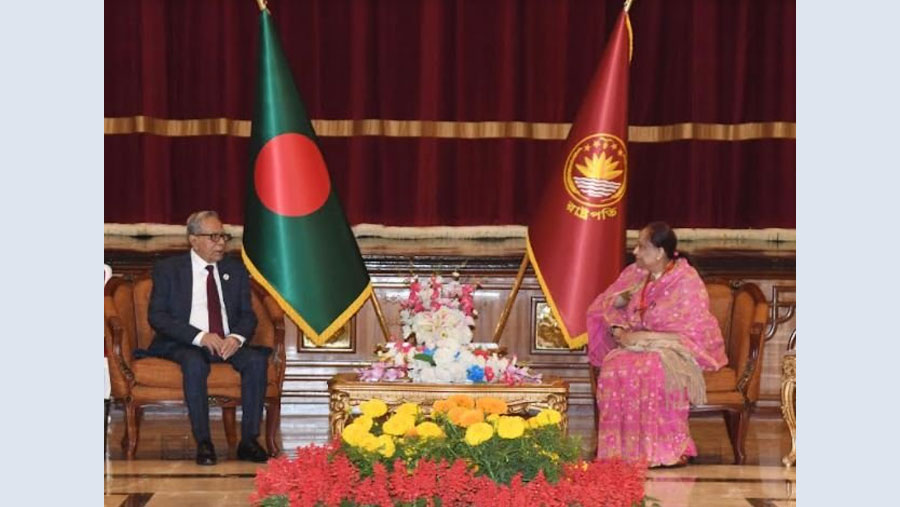 Bangladesh National Awami Party (NAP) on Sunday (Dec 26) placed a seven-point proposal, including enactment of a permanent law to constitute an acceptable Election Commission (EC) as its delegation held a dialogue with President Md. Abdul Hamid in Dhaka. The proposals include: enacting a permanent law in line with article 118 of the Constitution and appointing competent people who would be respectful to the people’s aspirations and believe in the Liberation War spirit.

A seven-member NAP delegation led by party’s Acting Executive President Ivy Ahmed took part in the dialogue. The dialogue lasted for about an hour starting at about 4 p.m.

After the dialogue, President's Press Secretary Md Joynal Abedin told state media that the President held talks with NAP on the third day of the ongoing dialogue with political parties over the formation of an independent, neutral, acceptable, strong and effective Election Commission.

Welcoming the NAP leaders in the talks at Bangabhaban, the President said the formation of an Election Commission is a constitutional obligation and “the prime object of the dialogue is only to form an acceptable Election Commission.”

It would be possible to form an efficient, strong and acceptable Election Commission through holding effective discussions with the political parties in phases, he added.

The head of state sought the full cooperation of all political parties in the Election Commission formation process.

However, no date has been set for talks with other political parties.

Secretaries concerned to Bangabhaban were also present in the talks.

Earlier, a series of dialogues were held with the participation of political parties ahead of the ninth, tenth and eleventh parliamentary polls.

In the last few terms, the President  formed the Election Commission on the basis of the recommendations of the 'Search Committee’.

The current EC's five-year term will expire on Feb 14.

The President of the Republic will form a new commission, under which the 12th parliamentary elections will be held.