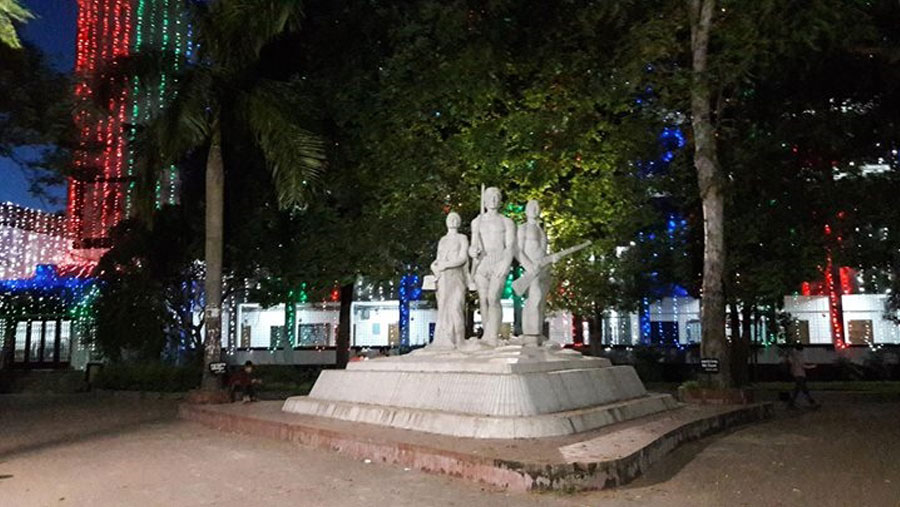 Dhaka University, the highest echelon of academic excellence, is set to begin the celebration of its hundredth founding anniversary and the golden jubilee of the country's independence on Wednesday (Dec 1).

The celebration will be commenced with a grand opening ceremony at university's central field and it will be ended on Independence Day with a concert held in the central playground of the university.

President Md. Abdul Hamid is expected to inaugurate the opening ceremony as the chief guest while speaker of the Jatiyo Sangsad Shirin Sharmin Chaudhury will address as special guest, with DU Vice-Chancellor Dr Md Akhtaruzzaman in the chair.

In the afternoon, another discussion will be held attended by the Vice-Chancellor of Kolkata University Dr Sonali Chakravati Banerjee as the guest of honor, with National Professor Prof. Dr. Serajul Islam Chowdhury in the chair.

Besides, a cultural event will be organised on Wednesday evening which will be performed by the prominent and renewed artists from Bangladesh and India.

Each day from Dec 1 to Dec 4, two discussions and a cultural event will be held on the occasion of the birth centenary of the country's oldest university.

Meanwhile, a joyful atmosphere has been prevailing at every corner of the university campus as faculties, dormitories, streets and different key points of the campus has been decorated with colorful light, banner and pistons featuring university's logo.

On Dec 12, a colorful rally will be brought out by the students, teachers, officials of the university, led by VC Dr MD Akhtaruzzaman from the premises of university's Aparajeo Bangla which will end at Central Shaheed Minar.

On the Victory Day, floral wreaths will be placed at the National Memorial at Savar by the students, teachers and officials of the university.

The 16 day celebration will end on this day with a concert at the central playground of the university.