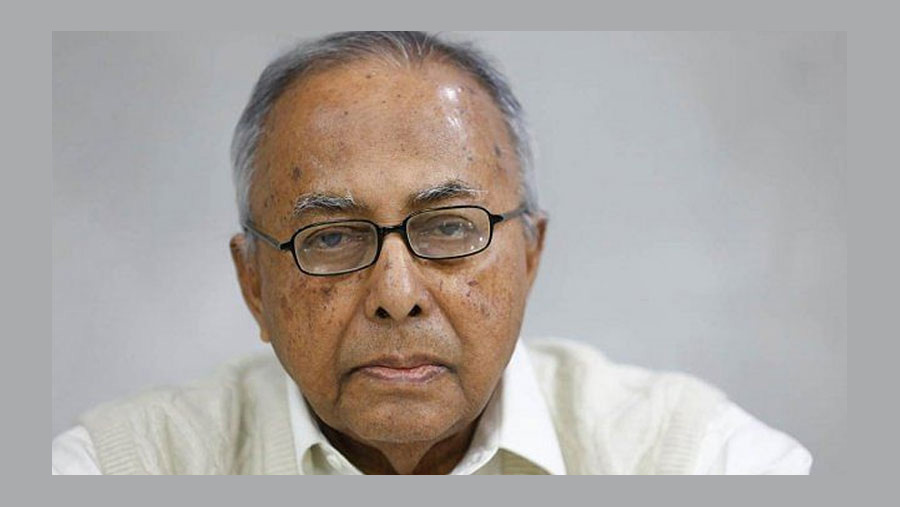 Ekushey Padak and Independence Award recipient Professor died at the city's Evercare Hospital around 2.30pm where he was undergoing treatment with multiple complications, his son Barshan Islam told media. He was 87.

He was President of Father of the Nation Bangabandhu Sheikh Mujibur Rahman's Birth Centenary Celebration National Implementation Committee. He was also the current President of Bangla Academy.

He is survived by his wife, a son, a daughter, friends, students and a host of well wisher to mourn his death.

Earlier, on Oct 7, Rafiqul Islam was admitted to BSMMU Hospital with abdominal pain, Barshan Islam said, adding, "After the examination, the doctors confirmed that water had accumulated in his lungs, which was extracted."

His dead body will be taken to Bangla Academy premises around 1 p.m. on Wednesday and will be placed there for one-hour to let his collogues, staff and the people pay their last tribute to the professor.

Around 2 p.m., body of the late professor will be placed at central Shaheed Minar for the people to pay their last respect. His second Namaj-e-Janaza will be held at Dhaka University's central mosque after Asar prayers. Later, Professor Rafiqul Islam will be laid to eternal rest at Azimpur graveyard, said his son Barshan Islam.

Professor Rafiqul Islam started his glorious career in Dhaka University in 1957 and taught Bengali and linguistics there till 1958 and then from 1961 to 2004 as senior lecturer, assistant professor, associate professor and professor.

Inducted as a National Professor in 2018, Prof Dr Rafiqul Islam later became head of the Bangla department in Dhaka University. Later, he became the Vice Chancellor (2007-2011) of the University of Liberal Arts Bangladesh (ULAB).

One of the most respected Nazrul researchers in the world, Rafiqul Islam was the first Nazrul Professor at the Bangla department of Dhaka University and the first director of the Nazrul Research Centre.

Rafiqul Islam actively participated in the Language Movement in 1952. He also captured rare photographs of that time and portrayed that history in his writings. He wrote about 30 books, including the first book on martyred intellectuals and the first book on the centenary history of Dhaka University.

The government appointed him as the president of Bangla Academy in May 2021 for three years.