Half bus fare for Dhaka students effective from Dec 1 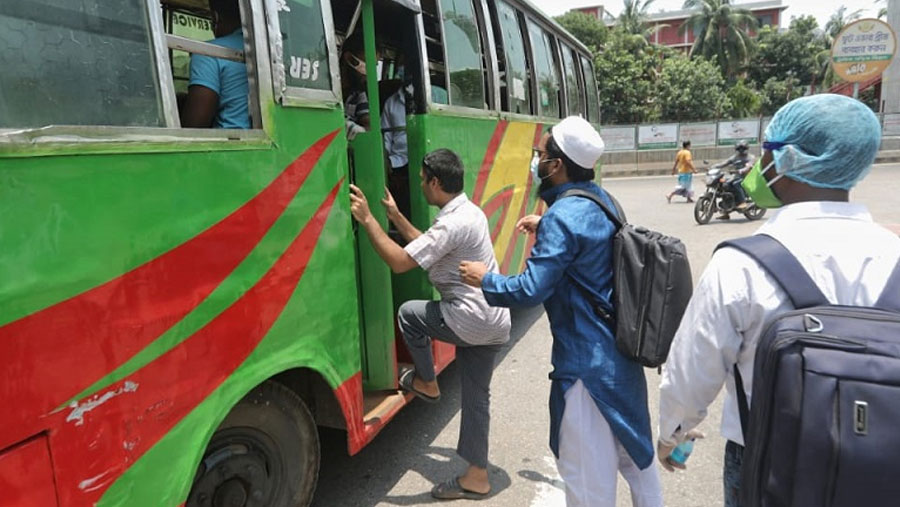 Public transport owners on Tuesday (Nov 30) decided to take half fare from students in Dhaka from Wednesday (Dec 1). General Secretary of Road Transport Owners' Association Khandaker Enayet Ullah disclosed it at a press conference in the city, local media reported.

The half bus fare for students will come into effect from Dec 1. Students must show ID cards of their respective schools or colleges while paying half fare, the General Secretary said.

Enayet Ullah said the half bus fare will not be applicable on holidays, and at district levels except Dhaka city while students can pay the half fare during 7 a.m. to 8 p.m.

The transport owners' leader asked the students involved in continuous movement demanding half bus fare to return their homes.

Earlier, Road Transport and Bridges Minister Obaidul Quader at a meeting hinted about the decision of private bus owners.