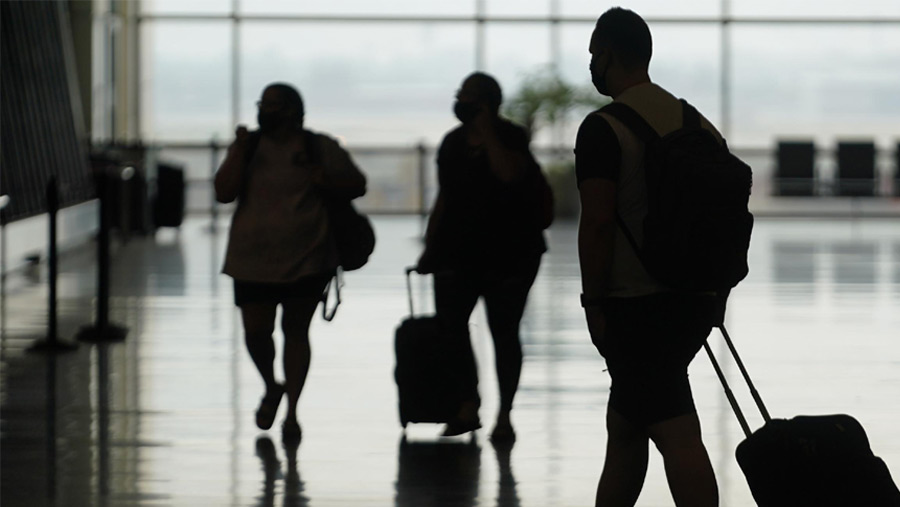 Major travel destinations including the European Union, Japan, Australia, the United States and Canada have moved to block flights from African countries following the discovery of the Omicron variant, echoing previous emergency responses that triggered a global freeze on travel.

The speed with which the new restrictions were put in place – just hours after the South African health authorities announced the discovery of the variant, meant passengers have found themselves stranded without a warning. While scientists in South Africa were the first to identify the new variant, it is unclear whether it emerged there or was brought there from another country.

Despite the bans, the new variant has already been found in at least a dozen countries. Most of the cases detected have been in travelers returning from the region.

At least 13 passengers from South Africa tested positive for the variant after landing at Schiphol Airport in Amsterdam on Friday. This came after the Netherlands imposed new travel restrictions amid concerns over an aggressive mutation of the novel coronavirus.

Two cases found in the United Kingdom were linked to travel to southern Africa, according to UK's Health Secretary Sajid Javid. One case of the Omicron variant was detected in a traveler who arrived from Namibia to the Czech Republic, according to the Regional Hospital in Liberec.

Two German cases, identified in Munich, were passengers who arrived from Cape Town on Nov 24, the Bavarian Ministry of Health said in a statement on Saturday. One case was confirmed in a person returning from Malawi to Isreal, Israel's Health Ministry said Saturday.

Two Omicron cases have been detected in Australia in passengers from southern Africa arrived in Sydney, the New South Wales Health Ministry said Sunday, while Italy confirmed one case of Omicron in a traveler coming from Mozambique.

The new variant prompted governments to slam shut their borders to people coming from the region.

The UK, Japan, Brazil, Thailand, Singapore, Tukey, Egypt, Dubai, Saudi Arabia, Bahrain and Jordan are also among those imposing restrictions on flights and travelers from southern African nations in light of the new variant.

The World Health Organization announced Friday it had designated the newly identified variant, B.1.1.529, as a variant of concern, named Omicron.

On Friday, the International Air Transport Association (IATA) warned against travel bans, stressing such restrictions are "not a long-term solution" when it comes to managing coronavirus variants.