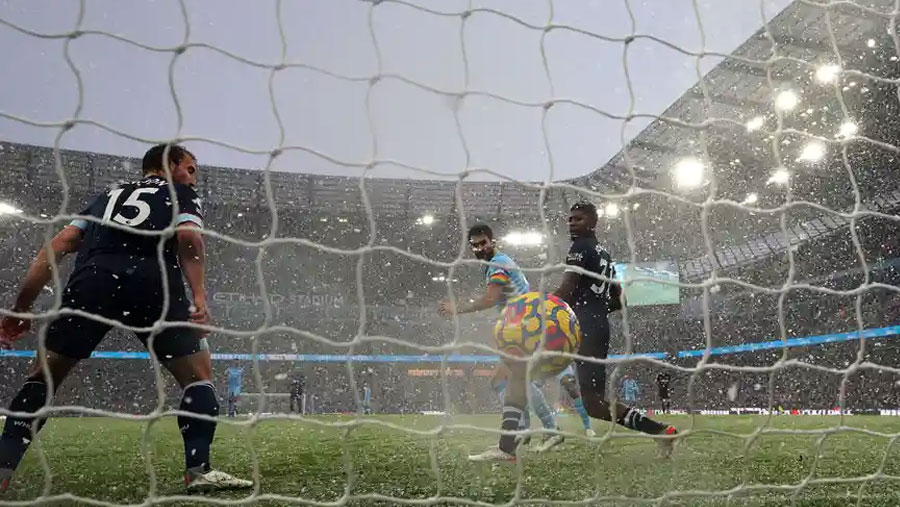 Man City have now won 10 of 11 top-flight meetings with the Hammers under the Spaniard.

In a game played in a snow-storm before half-time, skipper Gundogan provided the decisive moment after 33 minutes when he turned home a deflected Riyad Mahrez effort at the far-post.

It was the Germany midfielder's third goal of the season – and his second in four league games – and was followed up in the final minute by Fernandinho, who had only been introduced three minutes earlier to tie the game up.

The veteran Brazilian had not scored a Premier League goal since October 2018 but found the target from the edge of the box.

Manuel Lanzini pulled one back with the final kick of the game, which cost Ederson his 100th clean sheet in all competitions but did nothing to prevent City moving back into second spot, six points clear of the Hammers.

The Londoners remain fourth despite suffering successive Premier League defeats for the first time since April.