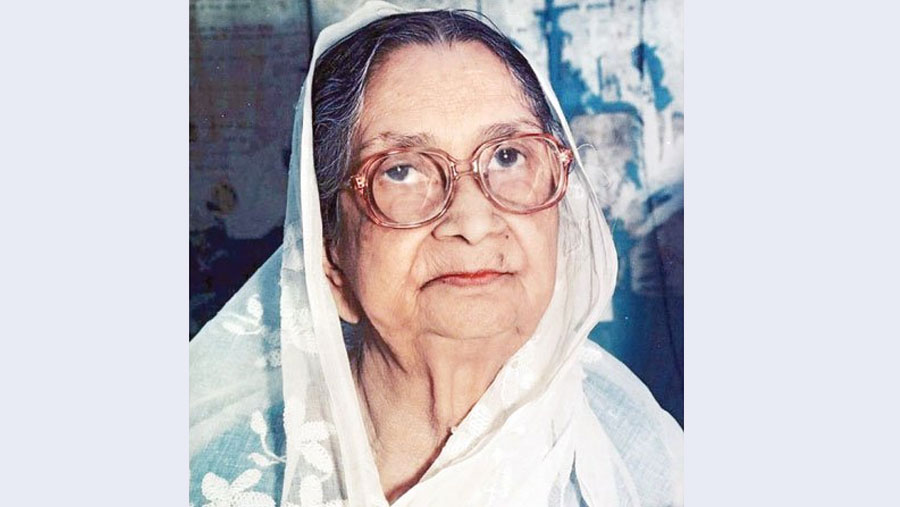 Sufia Kamal died in Dhaka on Nov 20 in 1999. She buried in Azimpur graveyard with state honour.

On the occasion of her death anniversary, Manabadhikar Sangskritik Foundation held a virtual discussion recalling her contribution to Bangla literature.

Born on Jun 20 in 1911 in an aristocratic family, known as the Nabab family of Shayestabad in Barishal, Begum Sufia Kamal dedicated her whole life to promote women liberty, progressive thinking and non-communal politics.

She was an activist of the historic Language Movement of 1952 and also played a significant role in the Great War of Liberation.

She was also an excellent organiser. In 1956, she organised ‘Kochi-Kachar Mela’, an organisation of children, and organised the Bangladesh Mohila Parishad in 1970.