Scotland beat PNG to close in on T20 WC qualification 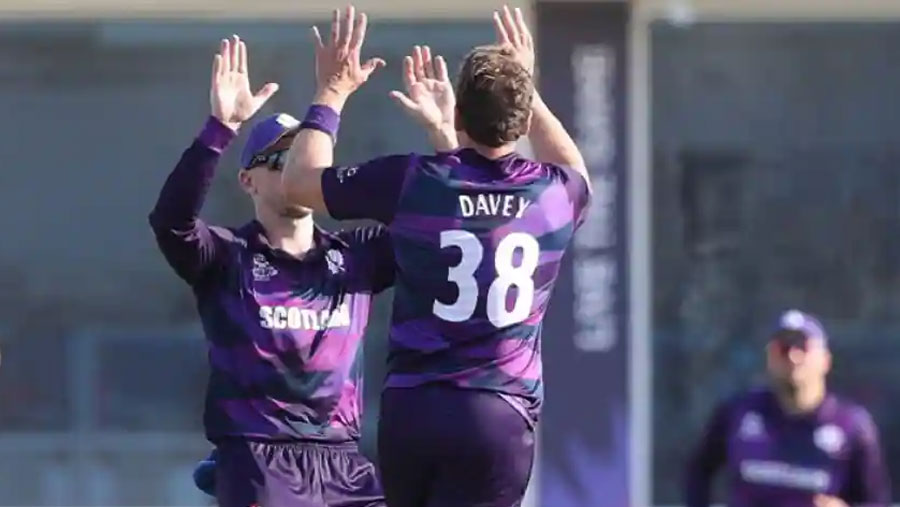 Scotland took a big step towards qualifying for the Super 12s stage of the Men's T20 World Cup with a second win in three days. Scotland, who shocked Bangladesh on the opening day of the tournament, beat Papua New Guinea by 17 runs in Al Amerat, Oman.

PNG slipped to 35-5 before being bowled out for 148 in the final over.

Defeat ended PNG's hopes of progressing, but Scotland – who top Group B – will go through if Oman beat Bangladesh in the game at the same ground.

If Bangladesh win, a Scotland victory over Oman on Thursday would take them through as group winners.

Scotland lost openers Kyle Coetzer and George Munsey to fall to 26-2, before a partnership of 92 between Berrington and Cross gave them a platform to attack.

Berrington hit six fours and three sixes – one of which went 97m, the longest of the tournament – in making Scotland's first half-century at a T20 World Cup.

He and Callum McLeod were dismissed in the 19th over, before four wickets fell in the last, including three off the final three balls.

PNG, playing in their first World Cup, slipped to 35-5, but a 32-run stand between Sese Bau and Vanua steadied the ship.

Norman Vanua, who made 47 off 37 deliveries, and Kiplin Doriga took 45 from three overs to revive PNG's hopes and leave them needing 46 from 24 balls.

But left-arm spinner Mark Watt pushed one wider to have Dorgia stumped for 18, before Somerset's Josh Davey, who finished with T20-best figures of 4-18, had Vanua and Chad Soper caught behind.