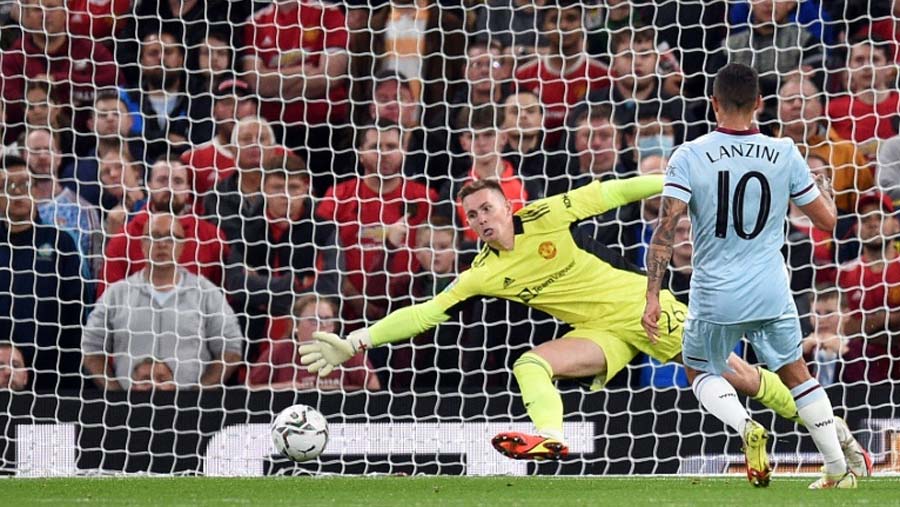 One route to a first trophy since 2017 is already over for Manchester United. Ole Gunnar Solskjær's side was knocked out of the League Cup in the third round by West Ham United on Wednesday (Sep 22).

Manuel Lanzini clinched a 1-0 victory after sweeping in from Ryan Fredericks' cutback to give David Moyes a first victory in management at Old Trafford – seven years after United fired him.

In the fourth round, West Ham will take on the other Manchester squad – City, winners of the last four League Cup finals – as the London club chases a first domestic trophy since the 1980 FA Cup.

It was a completely changed United lineup from the side that won at West Ham in the Premier League on Sunday so Cristiano Ronaldo did not feature. It is in the league after five rounds that United remains among the frontrunners with Liverpool, which plays at Preston next in the League Cup.

United also lost its opening game in the group stage of the Champions League last week against Young Boys.

Chelsea advanced by beating Aston Villa 4-3 on penalties, with Reece James scoring the decisive spot kick. The game was tied at 1-1 through 90 minutes after Cameron Archer canceled out Chelsea's opener from Timo Werner's header from James' cross that was the German's first goal in 11 games. Chelsea will play Southampton in the fourth round.

Arsenal will host Leeds after beating AFC Wimbledon 3-0. Alexandre Lacazette's penalty in the 11th minute was not built on until the final 13 minutes when substitute Emile Smith Rowe and Eddie Nketiah wrapped up the victory over the third-tier side.

Tottenham will face another Premier League team away – Burnley – after ousting Wolverhampton.