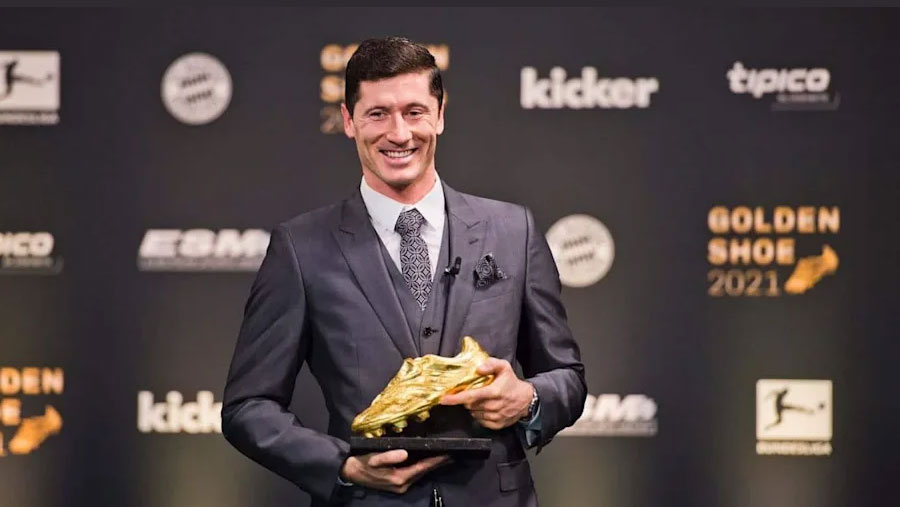 Bayern Munich star Robert Lewandowski has bagged the European Golden Shoe after scoring the most number of goals in European domestic leagues in 2020-21 season. Lewandowski went on to net 41 Bundesliga goals for Bayern in what was another superb season for the Polish international. Notably, Lewandowski is only the second Germany-based player to win it, after Bayern legend Gerd Muller in 1971-72.

Lewandowski, who became the first Polish player to win the award, had a much better tally than the rest of the top forwards. Lionel Messi, who won the Pichichi, scored 30 goals for FC Barcelona in La Liga last season. Cristiano Ronaldo netted 29 goals in the Serie A for Juventus. He was ahead of Bundesliga duo Andre Silva (28) and Erling Haaland (27).

After collecting the award, Lewandowski said "I dedicate this award to all the people who are by my side every day."He thanked his family, Bayern's players and staff for the support. "I'd like to thank my family, my team-mates, the coaching staff and the whole of FC Bayern. I couldn't win titles like these without their support," added Lewandowski.

Lewandowski had a terrific 2020-21 season, netting 48 goals in all competitions. It was the sixth consecutive season in which Lewandowski netted 40-plus goals in a season. The 2019-20 season was Lewandowski's best. He netted 55 goals in 47 matches.

Lewandowski has started the 2021-22 season on a strong note. He has amassed 11 goals in seven games, including seven in the Bundesliga.

Recently, Lewandowski stretched his scoring run to 19 consecutive games across competitions for Bayern. He became the first Bundesliga player to score in 13 consecutive home games.