CR7 scores 2 goals in first game back with Man U 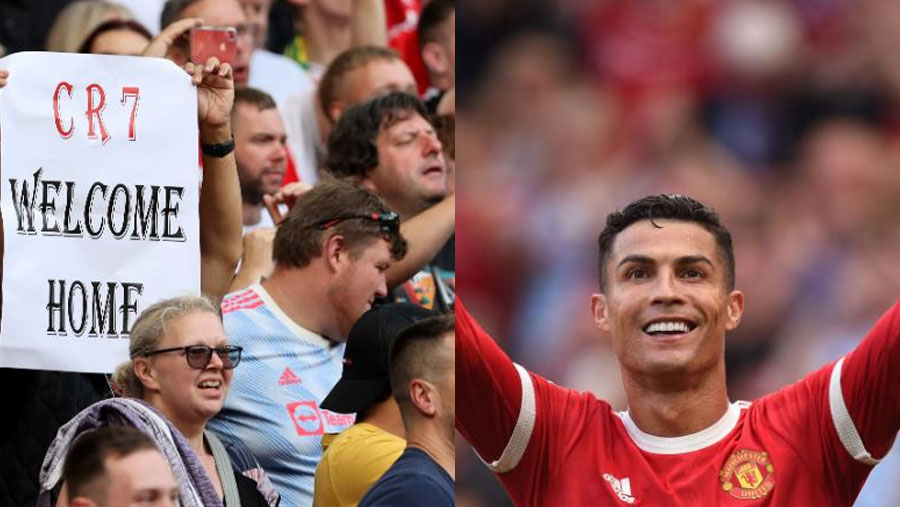 Ronaldo scored two goals during his first game back at Manchester United on Saturday (Sep 11) against Newcastle United in the Premier League.

The Portuguese superstar rejoined the club from Juventus this summer. He scored 118 goals in 292 games during his previous six-year stint with Manchester United before leaving for Real Madrid in 2009 for what was then a world record fee.

In the first half of his second debut, the 36-year-old delighted the home fans, tapping home a rebounded shot from Manchester United superstar youngster Mason Greenwood.

In true Ronaldo form, he ran to the Old Trafford corner to perform his now-famous "Siuuuu" celebration.

His debut took a turn after the halftime break, however, as Javier Manquillo equalized for Newcastle after a swift counterattack.

However, Ronaldo showed again why he was brought back to Manchester, getting his second goal of the game with a powerful low finish to once again give United the lead.

Ronaldo's Portugal teammate Bruno Fernandes extended Manchester United's lead with a thunderbolt of a strike from about 30 yards out from goal before Jesse Lingard scored to make it 4-1.

Ronaldo said he was "super nervous" before making his first appearance back at the club.

"I didn't expect to score two goals. I expect one but not two. I have to appreciate the fans and what they did to me today. I feel so proud for that," he told BBC Sport afterwards.

"Everyone knows the football in England is different than in any part of the world and to be honest it is the most special one. I arrived here at 18 and they treated my unbelievable and that is why I am back."