US Open: Djokovic sets up final with Medvedev 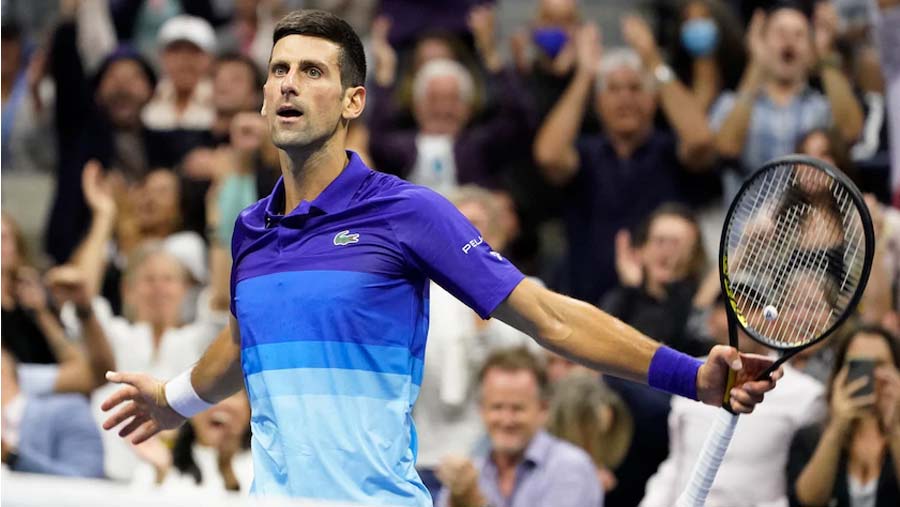 World number one Novak Djokovic won a gruelling five-setter against Alexander Zverev to set up a US Open final against Daniil Medvedev and keep his bid for a calendar Grand Slam on track.

Russian second seed Medvedev had earlier kept alive his hopes of a first major title with a 6-4 7-5 6-2 win over Canadian Felix Auger-Aliassime.

He now has the chance to win a record 21st men's Grand Slam singles title.

Victory over Medvedev on Sunday at Flushing Meadows would move Djokovic clear of the 20 majors won by Roger Federer and Rafael Nadal.

History-chasing Djokovic would also become the first man to win all four majors in the same year since Rod Laver in 1969.