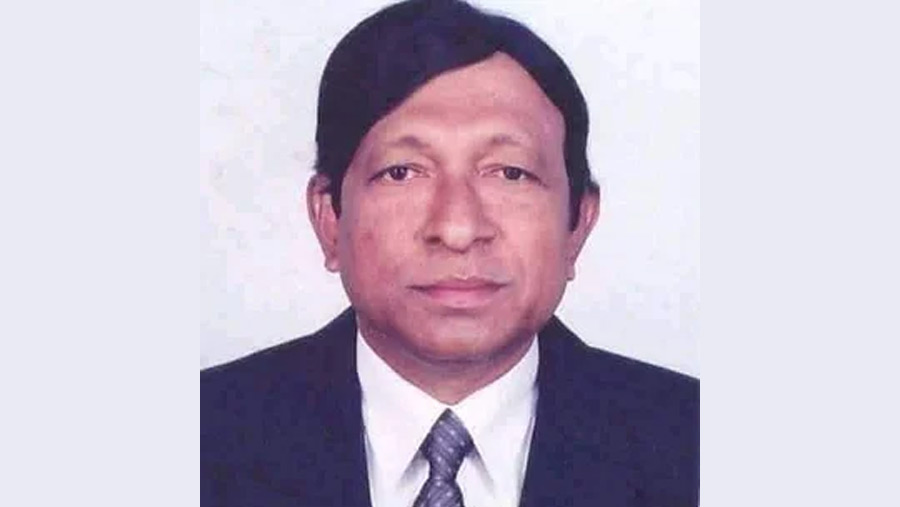 Professor Md Ali Ashraf, an Awami League lawmaker from Cumilla-7 constituency and former deputy speaker and valiant freedom fighter, passed away on Friday (Jul 30) while undergoing treatment at a private hospital in the city. He was 74. Ali Ashraf breathed his last around 3.30 p.m. in the city's Square Hospital, locval media repoted citing his personal assistant Jasim Uddin.

He is survived by his wife, four daughters and a son, relatives and a host of well-wishers and admirers.

He was kept on life-support in the city's Square Hospital since Jul 23 as his condition deteriorated.

Earlier, he was admitted to the hospital in the first week of July with different complications including gallbladder stone-related infections and several days later he was shifted to intensive care unit (ICU) there on deterioration of his condition. He died at the hospital this afternoon.

The valiant freedom fighter will be laid to eternal rest at his village home in Chandina under Cumilla district.

Born in Gollai village under Chandina upazila on Nov 17 in 1947, Ali Ashraf graduated in Economics and then completed his Master's from University of Dhaka in 1967 and 1968 respectively. He stepped into politics by joining Bangladesh Chhatra League in 1962 when he was a student of Cumilla Victoria College.

Ashraf served as deputy speaker of the 7th Jatiyo Sangsad in 2001. He was serving as the chairman of the Parliamentary Standing Committee on Government Assurances of the 11th Parliament.

He was finance and planning affairs secretary of Bangladesh Awami League Central Working Committee and also served as president of Cumilla North District unit of Awami League. He was also involved in teaching profession at different colleges and was appointed as director of the Mujibnagar government's foreign ministry in 1971.

In separate condolence messages, the head of the state and the head of the government prayed for eternal peace of the departed soul and conveyed deep sympathy to the bereaved family.