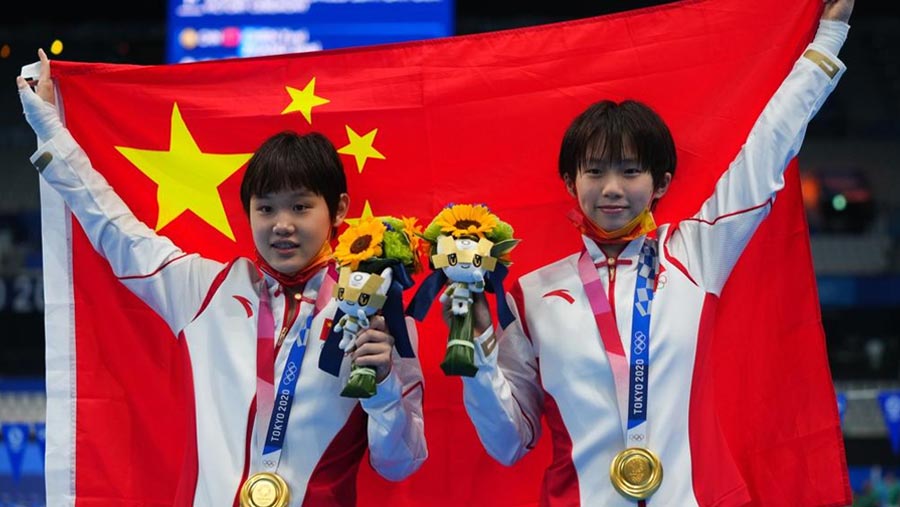 China survived pressure from the United States to make it a hat-trick of diving golds at the Tokyo Olympics on Wednesday and underline their supremacy in the sport.

Wang Zongyuan and Xie Siyi led from start to finish to win the men's synchronised 3m springboard final with 467.82 points.

There was disappointment for reigning champions Britain, who finished second from last, while the Russians were looking good for bronze before a failed final dive left them bottom of the pile.

It looked at one point as if Wang and Xie would run away with it, but a disappointing penultimate dive and the Americans' consistency meant that they were forced to hold their nerve in their last dive before striking gold.

China's diving squad – nicknamed the "Dream Team" back home – came to the Japanese capital hoping to go one better than Rio 2016 and win all eight gold medals.

However, that ambition was ruined on only day two when Britain's Tom Daley and Matty Lee took advantage of some uncharacteristically wayward Chinese diving to win the men's synchronised 10m platform crown.

Four more diving golds are still up for grabs in the Japanese capital.