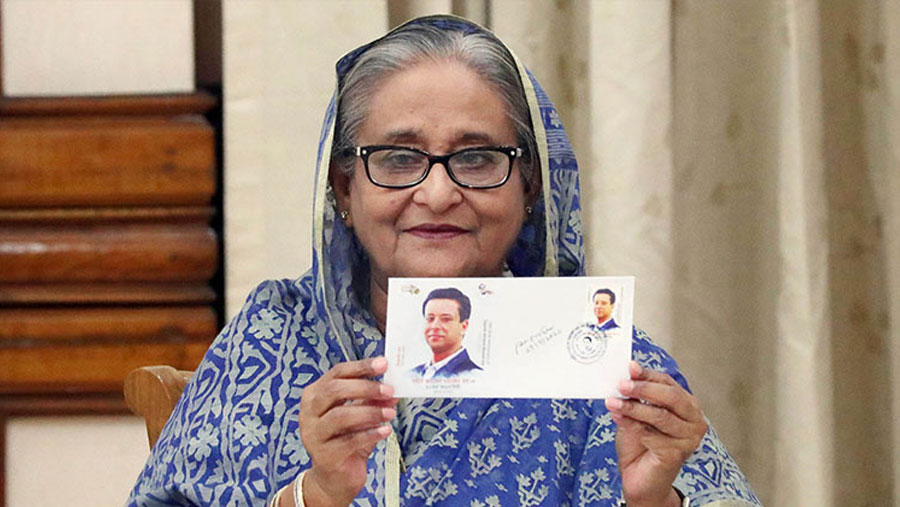 The 50th birth anniversary of Bangabandhu's grandson Sajeeb Wazed Joy was celebrated on Tuesday (Jul 27) amid increasing public expectations about his future role in political arena as by now he played the pivotal role in setting the country's crucial course being the beacon of 'Digital Bangladesh'.

Marking his birthday, different programmes were arranged including discussions, webinars, tree plantation, cutting of cakes, Doa Mehfil, distribution of foods among distressed people and distribution of study materials among children.

"Thank you to everyone who has sent me birthday wishes. I am now half a century old, the same age as Bangladesh. After 12 years of our Awami League Government Bangladesh today is a middle income, digitized country. I am a now middle aged tech entrepreneur!" Joy said this in a facebook post from his verified page.

Despite being a leading political figure, Joy so far preferred a distinct course of action unlike any conventional politician, to materialize the electoral pledge of the party he belongs to and his mother Prime Minister Sheikh Hasina leads to build a Digital Bangladesh.

Being a member of Bangladesh's most illustrious political family, Joy's character largely reflects the qualities of his grandfather Bangabandhu Sheikh Mujibur Rahman, who founded the country to remain as the Father of the Nation.

A graduate in computer engineering from the University of Texas at Arlington in the United States, Joy was born in 1971, coinciding with the emergence of Bangladesh as an independent nation. His father Dr M A Wazed Miah was an internationally reputed nuclear scientist.

The PM unveiled the 10 Tk commemorative postage stamp, a 10 Tk opening day cover and a five Tk Data Card at a simple ceremony at her official Ganabhaban residence in the morning.

A special canceller was used on the occasion. The stamp, first-day cover and data card would be sold from Philatelic Bureau of Dhaka GPO from Tuesday and those would be available at other GPOs and head post offices across the country later.

Awami League General Secretary and Road Transport and Bridges Minister Obaidul Quader addressed the webinar as the chief guest joining it virtually from his official residence.

Krishak League arranged a Doa Mehfil and discussion in front of Bangabandhu Memorial Museum at Dhanmondi road number 32 in the afternoon.

Under the arrangement of Bangladesh Chhatra League, foods, study materials and health protective equipment were distributed among over 100 underprivileged children at Madhu's Canteen on Dhaka University campus.

BCL President Al Nahian Khan Joy and General Secretary Lekhak Bhattacharjee were present, among others, on the occasion.

Bangabandhu Sangskritik Jote organized a virtual discussion with its Executive President Rafiqul Alam in the chair.