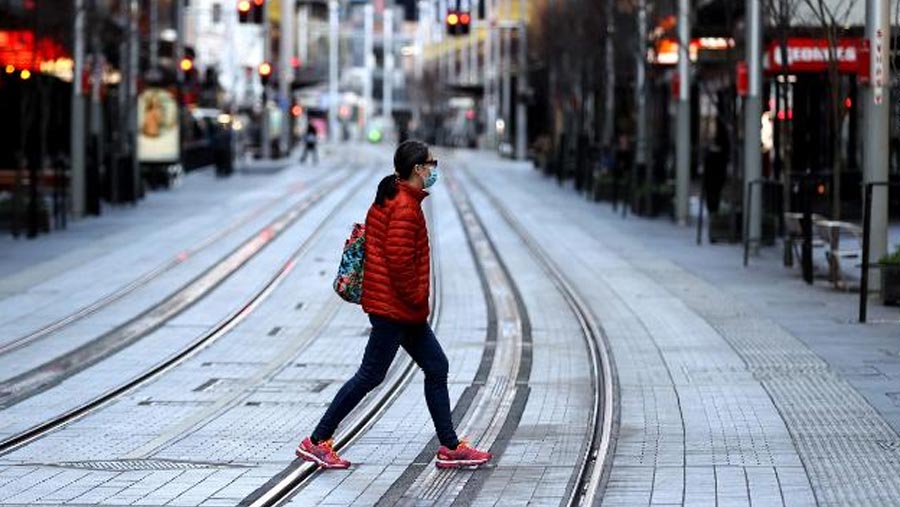 The Australian city of Sydney extended a lockdown by four weeks on Wednesday (Jul 28) after an already protracted stay-at-home order failed to douse a Covid-19 outbreak, with the authorities warning of tougher policing to stamp out non-compliance.

Australia's biggest city had been due to exit lockdown on Jul 30 after five weeks but the restrictions will remain in place until Aug 28 as case numbers continued to climb.

"I appreciate personally what we're asking people do for the next four weeks but it is because we want to keep our community safe and want to make sure we can bounce back as quickly as possible," New South Wales state premier Gladys Berejiklian said.

Officials announced 177 new cases linked to the Sydney outbreak, which began mid-June when a driver for an international flight crew contracted the virus.

People living in hotspots have been urged not to leave their neighbourhoods, but those living alone will be allowed to create a "singles bubble" with another person.

Berejiklian said police would step up compliance efforts, while imploring Sydneysiders to report others breaking the rules.

"We really need people to do the right thing at all times. Do not let your guard down," she said.

The announcement came as Melbourne awoke to the end of its fifth virus lockdown, after beating the Delta variant for the second time in recent months through "determination and hard work", according to Victoria state premier Dan Andrews.

They were among the roughly eight million people in Victoria and South Australia states who exited lockdown overnight after local outbreaks of the highly contagious variant were contained.

Australia was lauded for its early pandemic success, after it slammed shut its international borders and moved quickly to quash Covid-19 clusters.

But with a largely unvaccinated population, it has struggled to respond to the Delta variant, repeatedly sending cities into lockdown.

The country has recorded more than 33,000 infections and 921 Covid-related deaths in a population of 25 million.