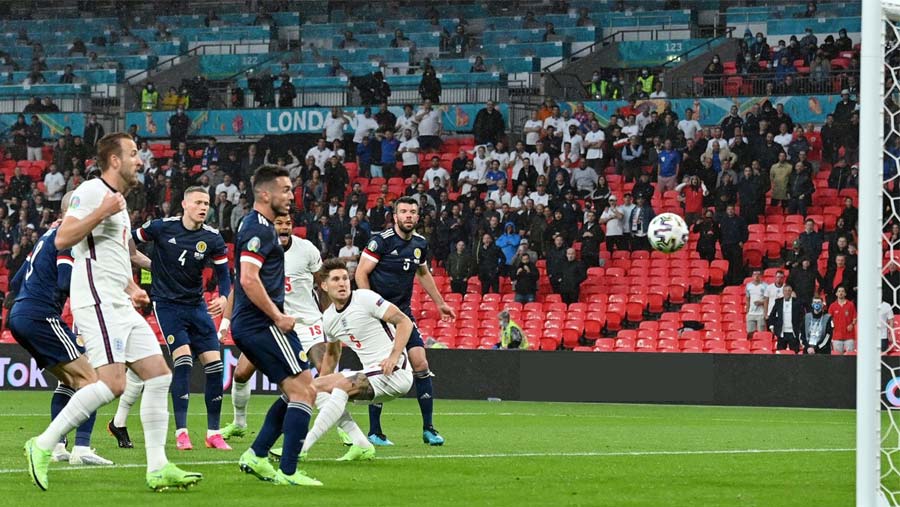 A fired-up Scotland side battled to a deserved 0-0 draw in an edgy, intriguing and thrilling renewal of their rivalry with England at a rain-soaked Wembley at Euro 2020 on Friday (Jun 18) night.

After losing to Czech Republic in their opener, Steve Clarke's side could not afford another slip-up and stormed into their second tournament meeting with England, rattling the confidence Gareth Southgate's team had built from their win over Croatia.

It could have been even better for the visitors had Che Adams not passed up three good chances, Jordan Pickford brilliantly saved Stephen O'Donnell's volley, or Reece James not crucially headed away a Lyndon Dykes shot off the line.

England hit the post in the first half, when John Stones should have done better with a header from a corner, but were sluggish in comparison to the intensity of their rivals, with substituted captain Harry Kane encapsulating their struggles.

The result leaves England second in Group D and with work still to do in their final match against Czech Republic if they are to win the pool, while Scotland and their delighted supporters will go back to Hampden Park to face Croatia with renewed hope of making the knockouts of a major tournament for the first time. Those final group games are on Tuesday.