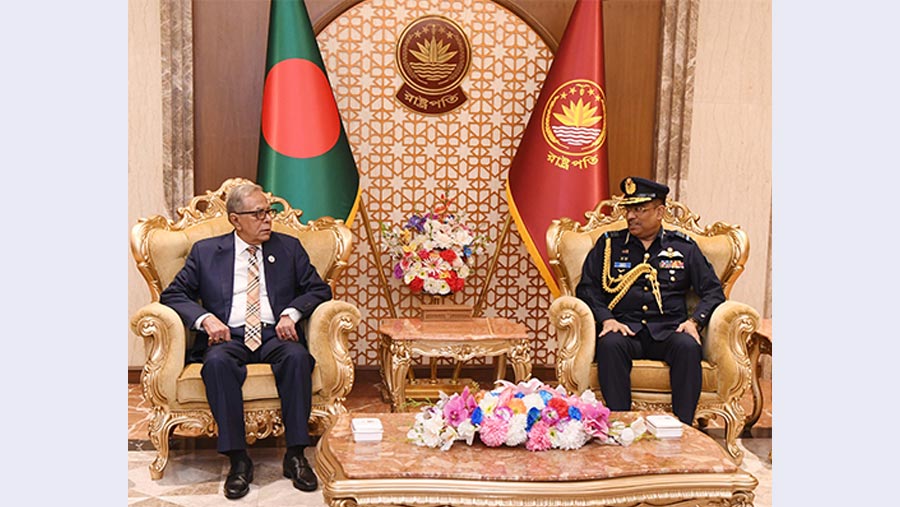 The President made the call as the new Chief of Air Staff Air Chief Marshal Sheikh Abdul Hannan paid a courtesy call on him at Bangabhaban in the evening, President’s Press Secretary Md Joynal Abedin told media.

Welcoming the new air chief at Bangabhaban, President Hamid said the present government under the leadership of Prime Minister Sheikh Hasina is taking and implementing various steps to transform the BAF into a smart and efficient force in line with the ‘Forces Goal 2030’.

The President appreciated the role of the air force in distributing relief, transporting medicines and medical supplies at the time of ongoing Covid-19 pandemic.

The head of the state hoped that the BAF under his new leadership would go forward in days to come.

The new air chief sought all-out cooperation from the President during his assignment.

Sheikh Abdul Hannan was appointed to this position for a period of three years.