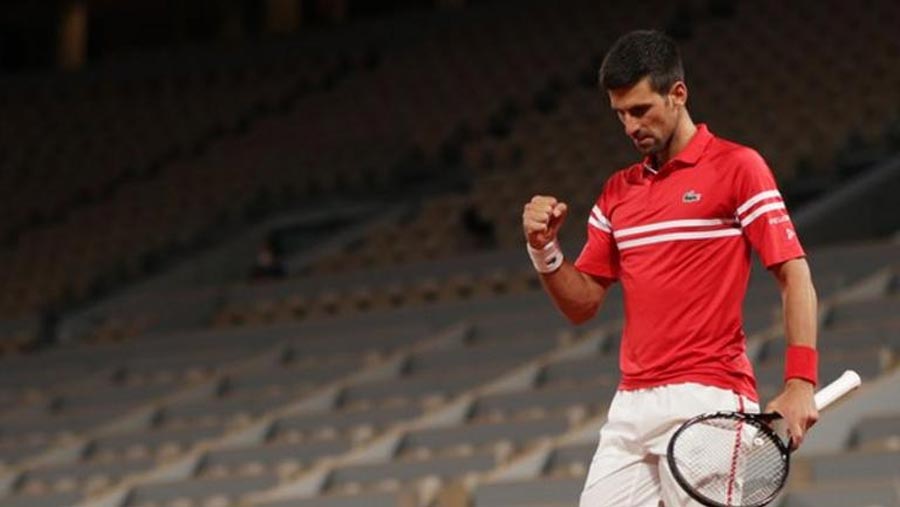 Novak Djokovic battled past Matteo Berrettini in a match that saw spectators ejected from Roland Garros midway through as he set up a 58th meeting with Rafael Nadal in the French Open semi-finals. Fans were allowed into the night session for the first time following a relaxation of Paris’ curfew from 9 p.m. to 11 p.m., and the match even began ahead of schedule to try to ensure it could be completed in time.

Novak Djokovic teed up a French Open semi-final with Rafael Nadal by beating Italy's Matteo Berrettini in a match which was stopped to ensure fans could leave before an 11 p.m. curfew in Paris.

Serbia's Djokovic won the opening two sets, leaving him on course to complete victory in front of the 5,000 fans allowed to watch the night session.

The final stages of the match were played in eerie silence, like the previous night matches in the tournament, after initially taking place in front of an exuberant crowd.

That stillness was punctured, however, by Djokovic's manic celebrations when he took his third match point. With his eyes wide and fists punching his chest, the world number one roared his delight at coming through.

Victory ensures Djokovic will renew his enduring rivalry with Nadal, who is aiming for a record-extending 14th title at Roland Garros.

The pair will meet for the 58th time in their illustrious careers, with the winner going on to face Greek fifth seed Stefanos Tsitsipas or German sixth seed Alexander Zverev in Sunday's final.

Nadal, 35, is still deemed the favourite to land the trophy, which would be a 21st Grand Slam triumph and move him clear of Roger Federer for the first time in terms of most men's majors.

Djokovic, 34, is two behind Nadal and Federer after winning his 18th Grand Slam at the Australian Open in February.