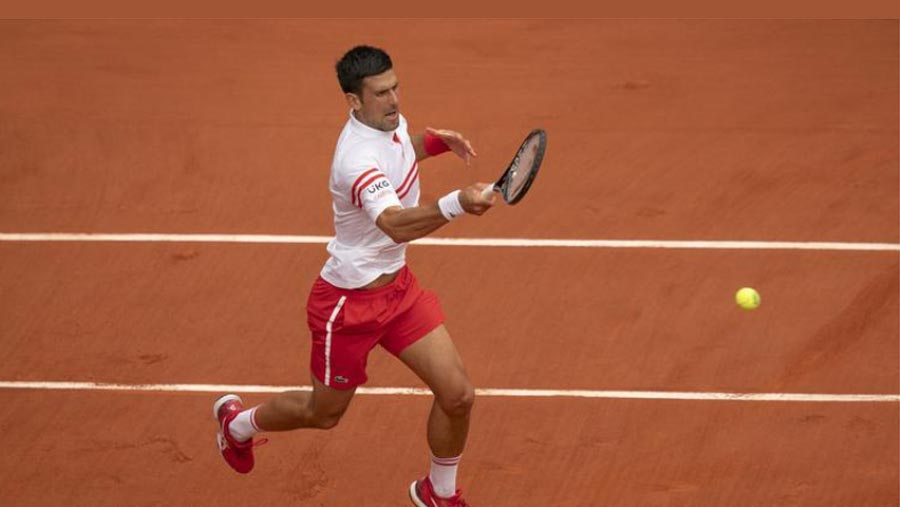 Novak Djokovic avoided a shock fourth-round exit at the French Open after fighting back from two sets down against teenager Lorenzo Musetti. The world number one was outplayed early on before rallying, leading 6-7 (7-9) 6-7 (2-7) 6-1 6-0 4-0 when the 19-year-old Italian retired injured.

World number 76 Musetti, playing in his first Grand Slam main draw, was given a standing ovation as he left the court.

Rafael Nadal also made the last eight, beating Jannik Sinner 7-5 6-3 6-0. The 13-time French Open champion recovered from an opening-set wobble in which he twice dropped serve to trail 5-3 to comfortably see off the Italian 18th seed and extend his winning run in Paris to 35 sets.

Djokovic's victory, meanwhile, marked the fifth occasion he has overturned a two-set deficit to win at a Slam. But he was clearly frustrated for a lengthy portion of the afternoon by Musetti, who was able to match him shot-for-shot in the opening stages.

The teenager began to struggle with stomach cramps and back pain and, after winning just four points in the fourth set, took a medical time-out before retiring after losing 13 successive games.