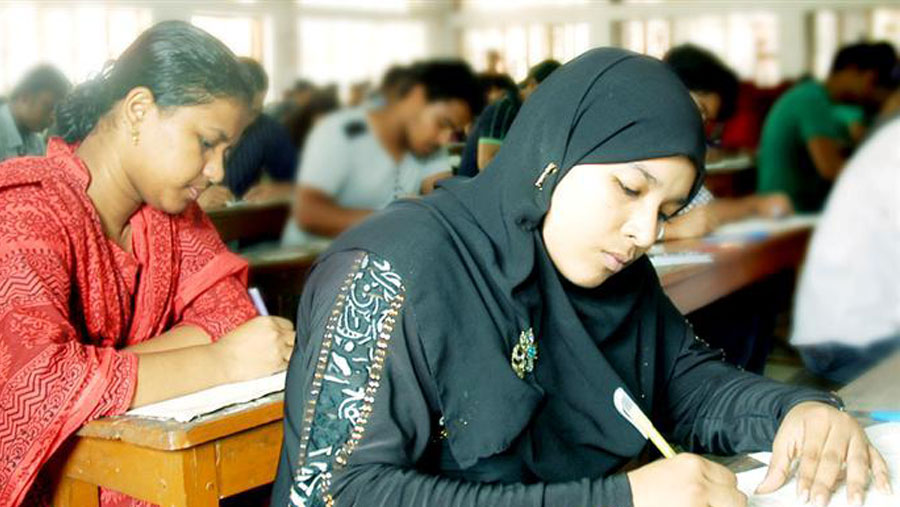 Alongside online, the country’s public and private universities has been allowed to take in-person examinations of Honours and Masters classes.

Following the approval of the academic council, each university will take the examinations as per the previous guidelines issued by University Grant Commission (UGC).

The decisions were taken at a view-exchange meeting on Monday among the universities, UGC and the Ministry of Education, chaired by Education Minister Dr Dipu Moni, said a press release on Tuesday (Jun 1).

In the shortest possible time, university students will be vaccinated on priority basis as per the instructions of Prime Minister Sheikh Hasina which will begin with the residential students of the dormitories of the country’s public universities, said the release.

After vaccination, university’s halls will be opened for the students and the academic activities of the universities will resume in full swing, read the release.

To recover the academic losses of students caused by the long closure of universities, UGC also asked each university to prepare a ‘Recovery Plan’, based on its capacity and reality, and take initiatives to implement it.

All universities – 49 public and 107 privates – remain closed for more than a year to curb the Covid-19 transmission.