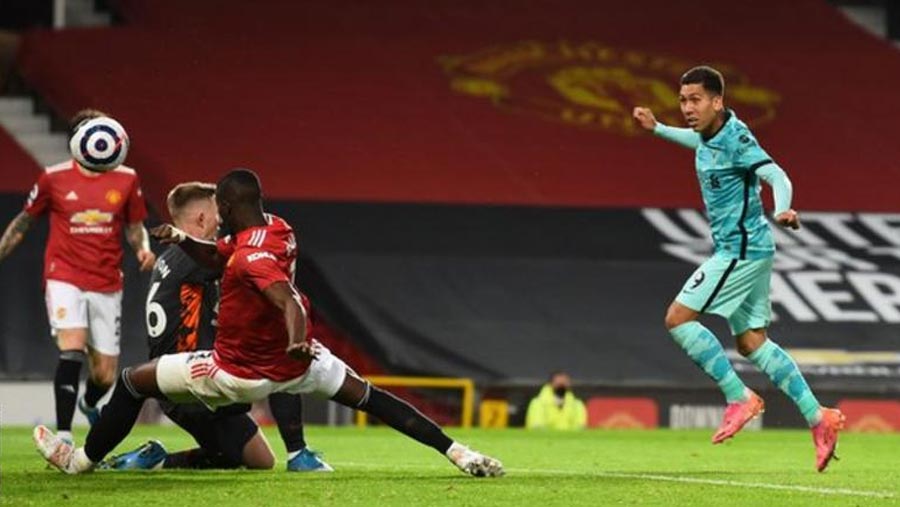 Liverpool kept their chances of a place in next season’s Champions League in their own hands with a thrilling 4-2 victory over Manchester United at Old Trafford on Thursday (May 13). Jurgen Klopp’s men still need to win their remaining three games to guarantee a place in the Premier League’s top four, but cleared the biggest hurdle in their path with a first victory away to United since 2014.

Jurgen Klopp celebrated his first win at Old Trafford as Liverpool came from behind to beat Manchester United and boost their chances of a Champions League place.

In a thrilling game played against the backdrop of noisy protests against the Man United ownership outside the ground, United struck first through Bruno Fernandes’ deflected opener.

But Liverpool, who had seen one of their buses prevented from picking team members up before the game after being blocked in the street, hit back through Diogo Jota’s instinctive effort.

Roberto Firmino, who had only scored once since his two-goal haul at Crystal Palace in December, then put his side on top with a well-taken double either side of half-time.

Marcus Rashford pulled one back for United midway through the second half but Mohamed Salah wrapped up the points with a late breakaway strike for his 21st Premier League goal of the season.

That moved him level with Harry Kane in the Golden Boot standings and condemned Ole Gunnar Solskjaer’s side to a sixth home defeat of the season.

The result takes Liverpool fifth in the Premier League. If they win at West Bromwich Albion on Sunday they will close to within one and three points respectively of FA Cup finalists Chelsea and Leicester, who still have to play each other at Stamford Bridge on May 18.