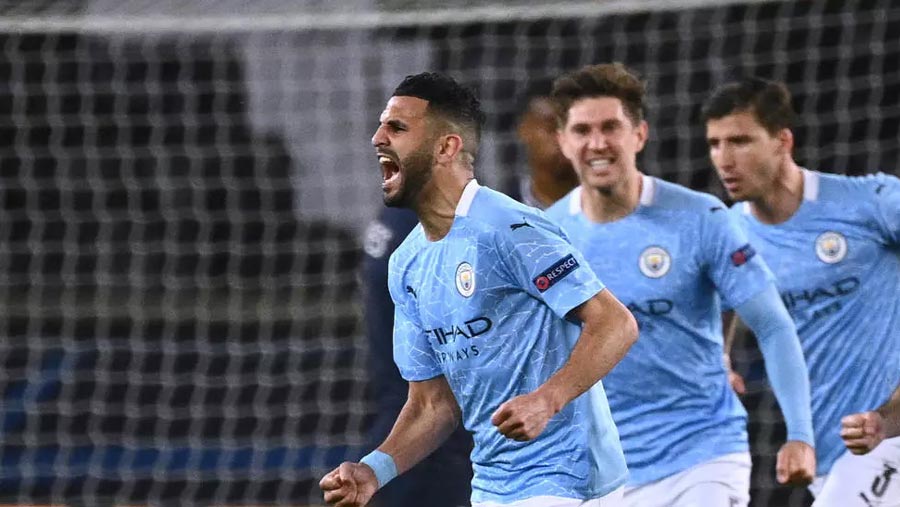 Manchester City were crowned Premier League champions for the third time in four seasons after Manchester United crashed to a 2-1 defeat against Leicester on Tuesday (May 11). Pep Guardiola's side are 10 points clear of second placed Man United and have wrapped up the title with three games to spare.

Pep Guardiola’s side are now 10 points ahead of second-placed Man United, who have just three games remaining.

It is the seventh time Man City have finished top of the English football pyramid and the fifth in nine years.

“This has been a season and a Premier League title like no other,” said Guardiola.

“I have been in Spain, I have been in Germany and I can say this is the toughest league, I would say by far. So it means a lot to everyone.”

Manager Guardiola, 50, has now won eight domestic trophies since arriving in Manchester in 2016.

City had the chance to wrap up the title themselves on Saturday, but suffered a 2-1 defeat by Chelsea at Etihad Stadium. However, Leicester completed the job for them with a 2-1 victory at Old Trafford on Tuesday (May 11).

It is the sixth time the Premier League title was decided at Old Trafford – the most of any venue, and three of which have been for other sides.

It is City’s second trophy in a little over two weeks after they beat Tottenham Hotspur to claim the Carabao Cup and they are also in their first Champions League final after beating Paris Saint-Germain in midweek.

Since being taken over by the Abu Dhabi Group in September 2008, City have won 12 cups and this is the third time they have clinched a league and EFL Cup double.

They are set to lift the Premier League trophy after their final game of the season against Everton on May 23.

Up to 10,000 fans will be present inside the stadium after the latest lifting of coronavirus restrictions in England.